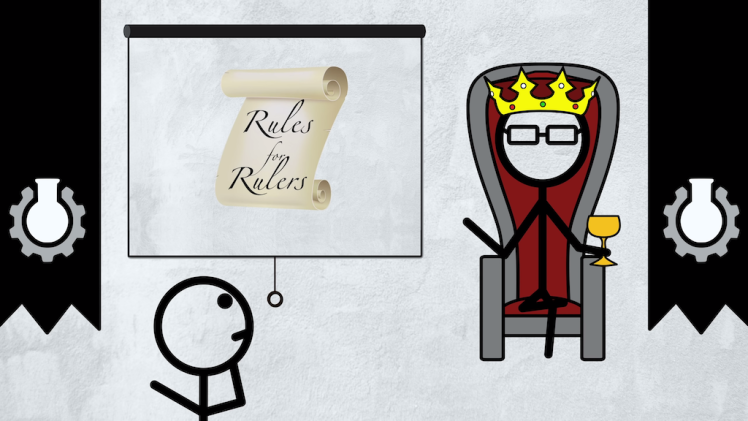 In “The Rules for Rulers”, the extremely knowledgable CGP Grey (previously) explains how political power is gained and maintained through a delicate balance of keeping key supporters happy. No matter the type of government (democracy, dictatorship, monarchy), this balance is achieved by implementing three basic rules – first, “get key supporters on your side”, “control the treasure” and “minimize key supporters.

No matter how bright the rays of any sun king: No man rules alone. A king can’t build roads alone, can’t enforce laws alone, can’t defend the nation or himself, alone. The power of a king is not to act, but to get others to act on his behalf, using the treasure in his vaults. A king needs an army, and someone to run it. Treasure and someone to collect it. Law and someone to enforce it. The individuals needed to make the necessary things happen are the king’s keys to power. All the changes you wish to make are but thoughts in your head if the keys will not follow your commands.

CGP Grey has a released a second video in this series: Death and Dynasties