“System Error” by filmmaker Matt Vesely is a touching story about a lonely service robot named George who acts as a cashier at a dystopian convenience store. As George is ringing up groceries, a man named Sid (David Quirk) strikes up a conversation. George is unable to respond as his programming does not allow him to do so. After the encounter with Sid, George seeks out firmware upgrades that would allow for interaction with humans. Unfortunately, these upgrades cause fatal system errors that mess with George’s ability to communicate. But Sid sees past George’s faults to learn more about who George really is. 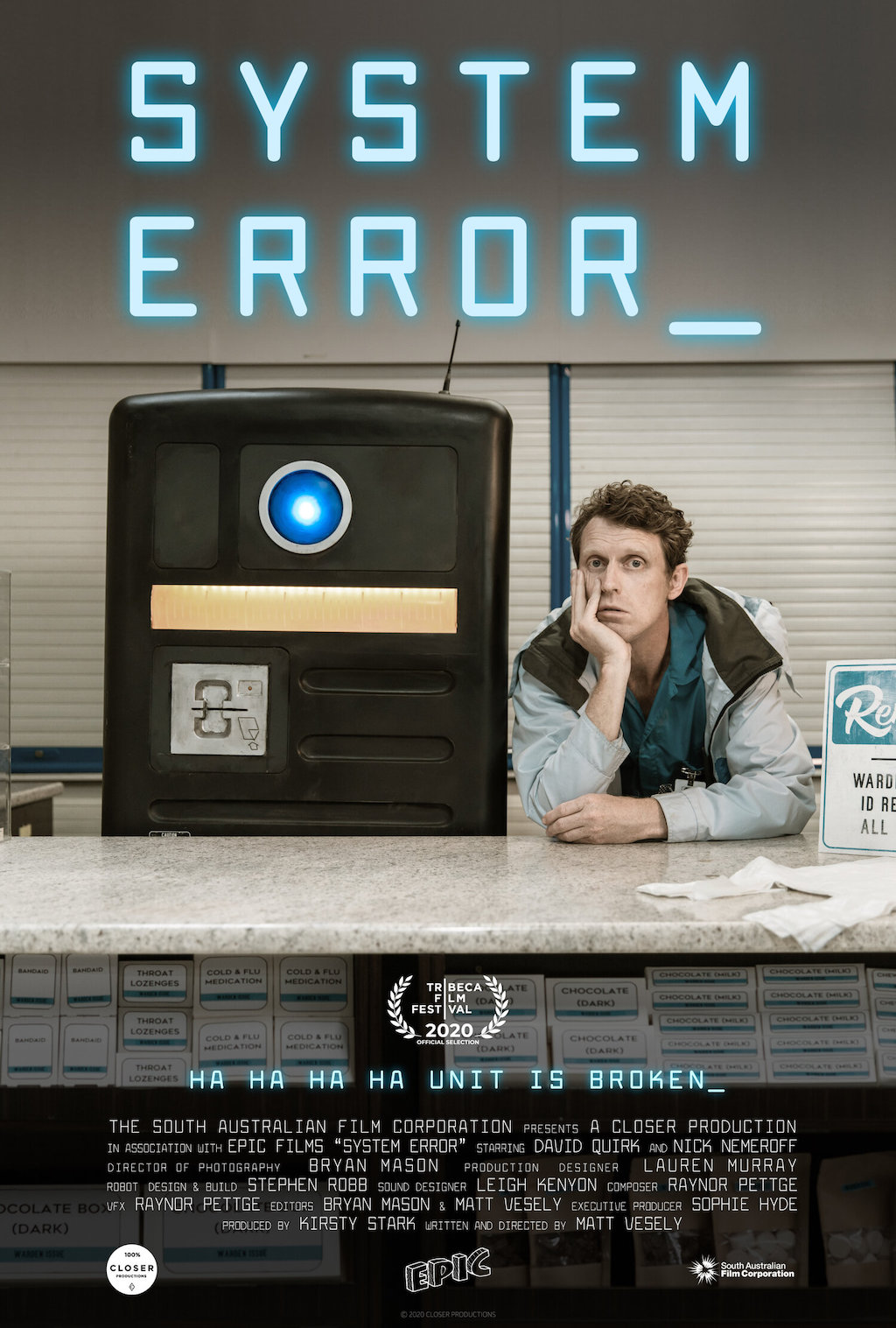