Shane Wighton of Stuff Made Here who previously engineered a really nifty automatic golf club, set his sights on an automatic pool cue after losing a few games in public. As it turns out, the implementation of such a device was more difficult than Wighton first imagined. Once he did all the math, determined all the proper angles, and engineered it so that otherwise impossible shots could be easily made, Wighton was ready to start playing against strangers on the internet.

An automatic pool playing robot – how hard could it be? Turns out harder than I thought. It took me quite a while to work through all the difficulties of this project but when it all finally came together is so worth it. To my surprise, the most interesting aspect of this project is using the cue to play real games of pool over the internet. 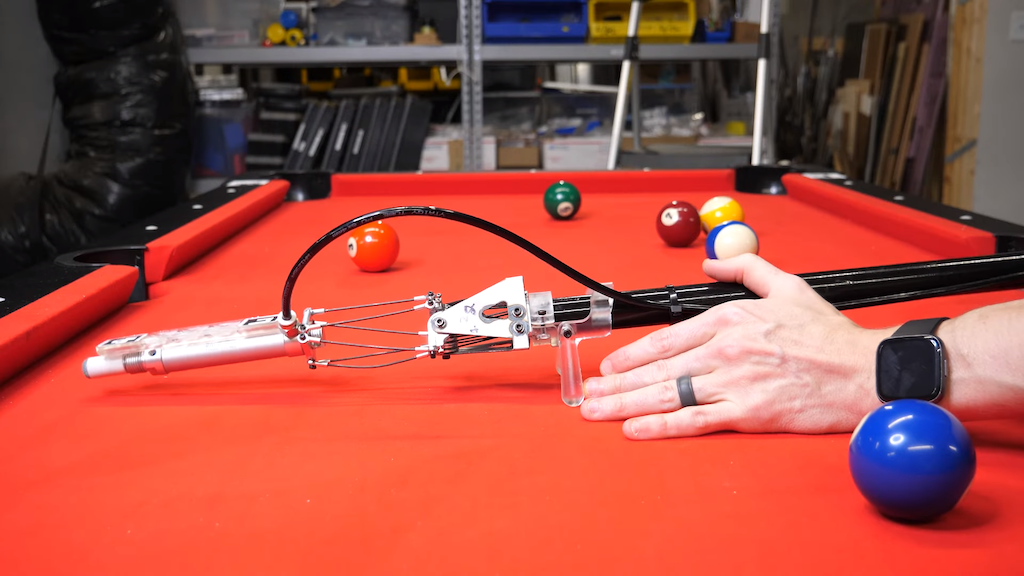