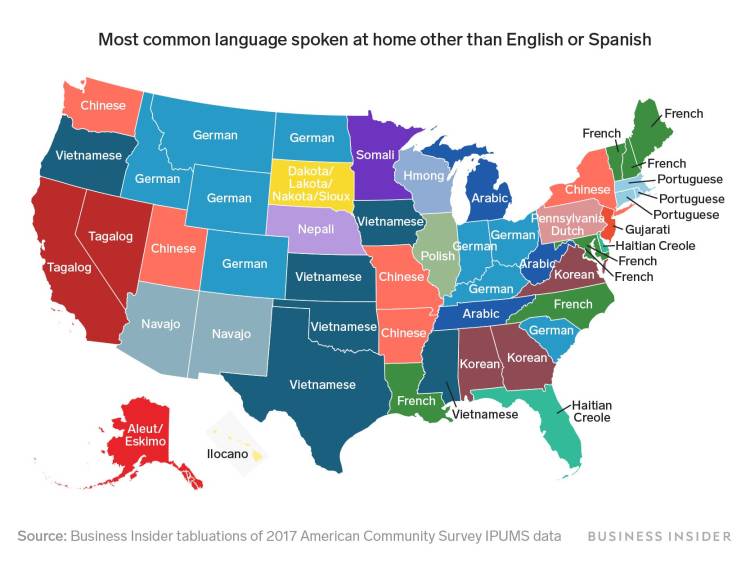 In 2014, we posted really interesting maps showing the most commonly spoken languages in the United States other than English.

Using individual-level responses from the 2017 American Community Survey assembled and published by the Minnesota Population Center’s Integrated Public Use Microdata Series program, we found the most common language spoken at home in each state, excluding English and Spanish.