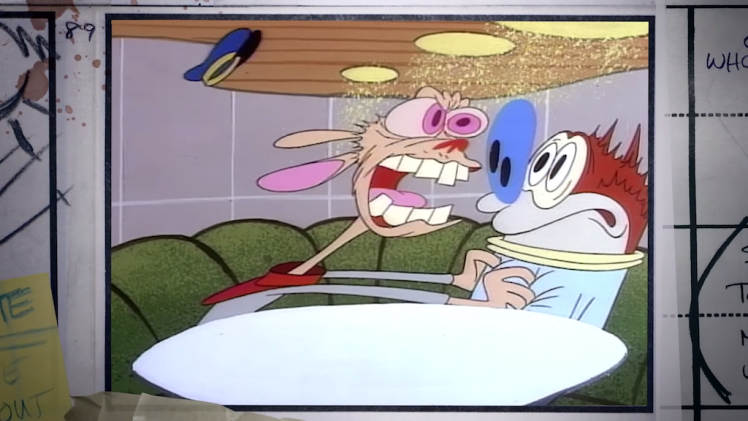 The feature-length film captures the surprising insights from 45 of the original artists, actors and execs connected to the show plus celebrity fans like Bobby Lee, Weird Al, and ZZ Top’s Billy Gibbons, among others. Help complete the independent documentary that’s been over a year in the making!

Cicero and Easterwood successfully raised funds through Indegogo in 2017 in order to get the film made. In 2020, they released the first trailer for the film, which is being distributed by Gravitas Ventures.

Much of the film is about the show’s creator John Kricfalusi and specifically, his meteoric rise to fame, his equally towering fall from grace.

With clips recognizable to any Ren & Stimpy fan and interviews with Kricfalusi and his fellow creators whose work has been both elevated and denigrated by their connection to him, this film is a complex look at a show that influenced the history of television, animation, and comedy. More than a celebration, this film forces us to consider the role of media creators and how we reckon with the reality of who they are versus what we see on the screen

The film is available for pre-order through Apple with an August 14, 2020 release date.