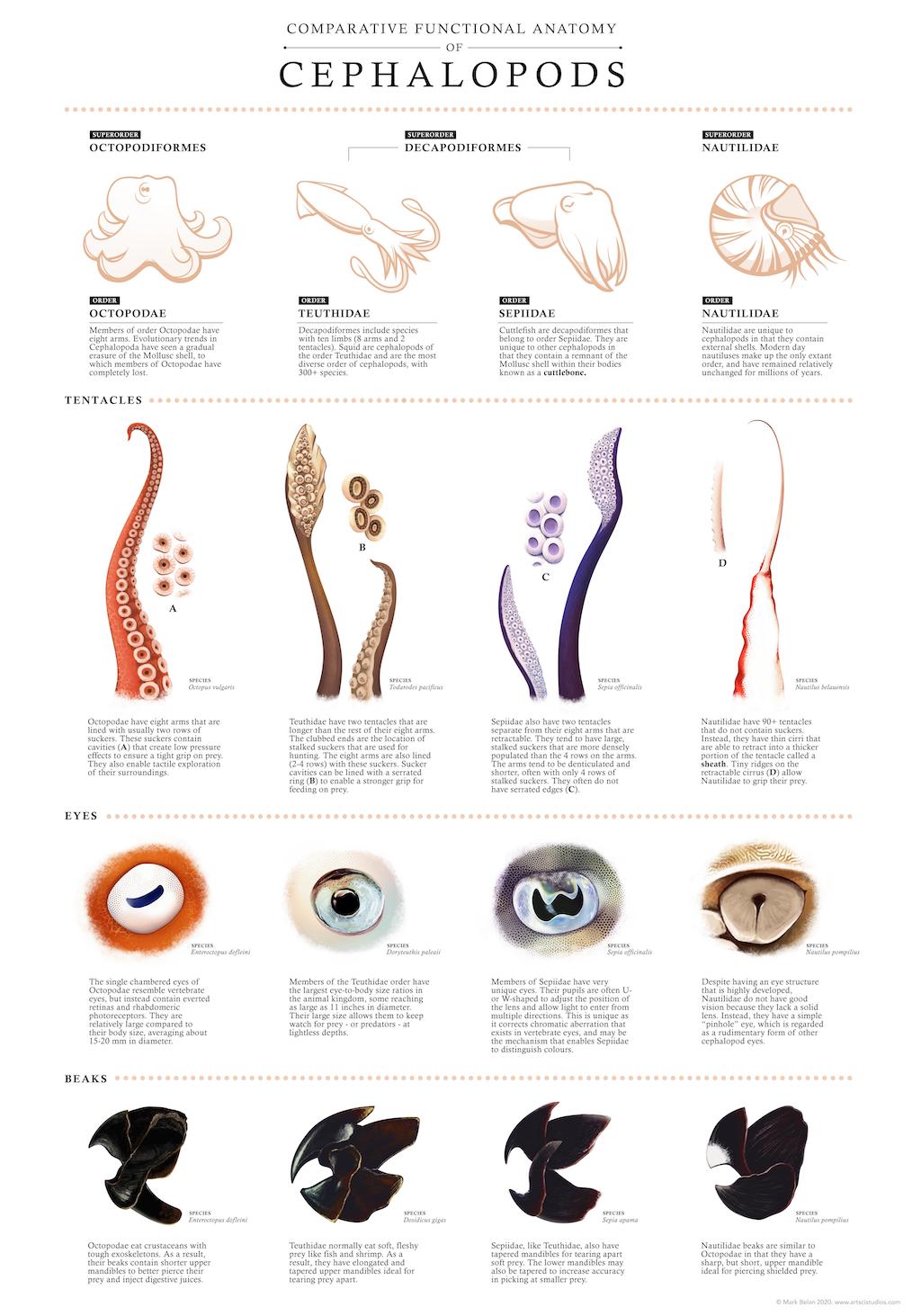 Mark Belan, a scientific artist in Hamilton, Canada, worked with the Royal Ontario Museum in 2015 to create a fascinating educational art print that explained the anatomical differences of cephalopod tentacles and beaks. Belan is celebrating the print’s 5th anniversary with an updated version of the print that includes a new section about eye diversity within the cephalopod orders.

For 2020, I wanted to revisit this piece and finally achieve something I didn’t have time to complete back in 2015 – the diversity of cephalopod eyes. In this 2020 re-release, I included a new section about cephalopod eyes and how evolution has shaped them into different morphologies based on the species’ needs. I think it’s so interesting that nature can produce such a sophisticated eye in the Octopodae clan, but such a simplistic, rudimentary version in extant Nautilidae. Different strokes for different folks!

The print and other items are available for purchase through the artsci studios’ store.