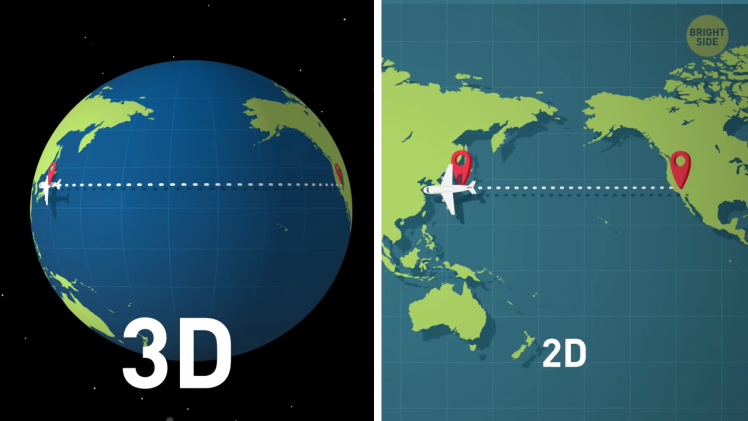 Bright Side takes a look at why airlines tend to avoid flying over the Pacific Ocean on trips from the west coast of the United States to locations in Asia. While safety is a real concern, the actual reasons have more to do with the extra distance to travel due to the curvature of the Earth, extra Equatorial width and the effect of opposing jet streams.

On a 2D map, making a giant rainbow to avoid the Pacific Ocean looks like a much longer route. But since the Earth is a sphere, a straight line is going to look very different in three-dimensional spaces. The combination of the two factors, the curvature of the Earth and its extra equatorial width, mean that curving toward the poles is a shorter distance than flying (what seems like on a map) “straight” across!