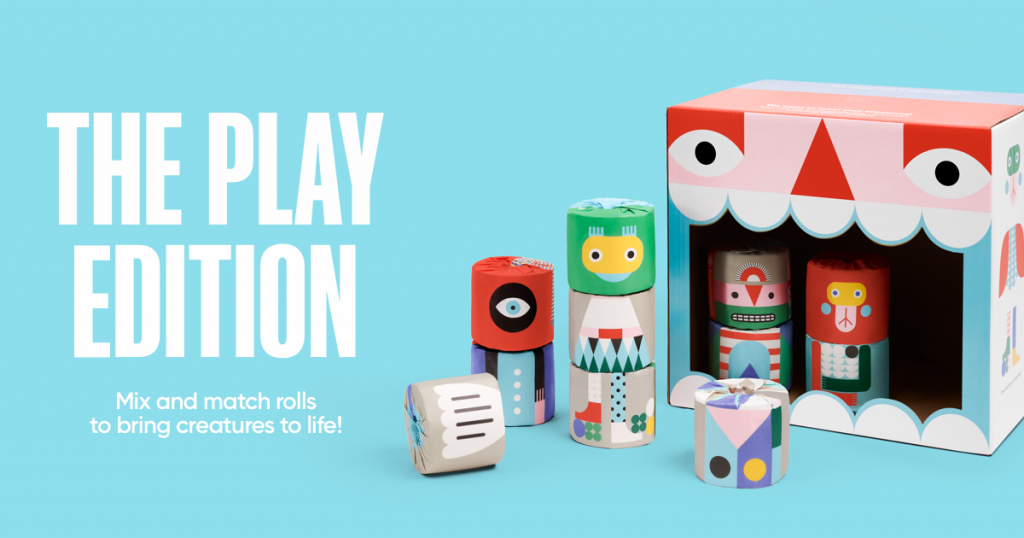 Who Gives a Crap, a wonderful supplier of premium bamboo toilet paper, has released “The Play Edition”, a limited edition pack of whimsically illustrated rolls that can be mixed and matched when stacked to create all sorts of fun and funny little characters. The box also cleverly converts into a tiny stage where each character can perform.

Mix and match stacks of this limited edition toilet paper to bring endless combinations of characters to life! The really fun part? While you play, you’re helping fight deforestation and building toilets for the 2.3 billion people in need. Cut along the box’s dotted lines to create your very own toilet paper theatre. Bet you could put on a stellar production of Romeo and Pooliet. Or perhaps A Midsummer Night’s Wee?

Run out of shows to watch or things to tidy? Your boredom better beware because our fastest seller The Play Edition is back for a limited time! Order a box of our mix and match toilet rolls for the most fun you’ve had… in 4 months (but who’s counting?): https://t.co/zlIfh118Zb

Not only is bamboo more environmentally friendly, but the company also donates a great deal of their profit to install toilets in areas that need them.

We started Who Gives A Crap when we learned that 2.3 billion people across the world don’t have access to a toilet. That’s roughly 40% of the global population and means that around 289,000 children under five die every year from diarrheal diseases caused by poor water and sanitation. That’s almost 800 children per day, or one child every two minutes. …We delivered our first product in March 2013 and have been thrilled to keep growing ever since. Not just because our toilet paper is gracing bathrooms across the country but also because we donate 50% of our profits to help build toilets and improve sanitation in the developing world. 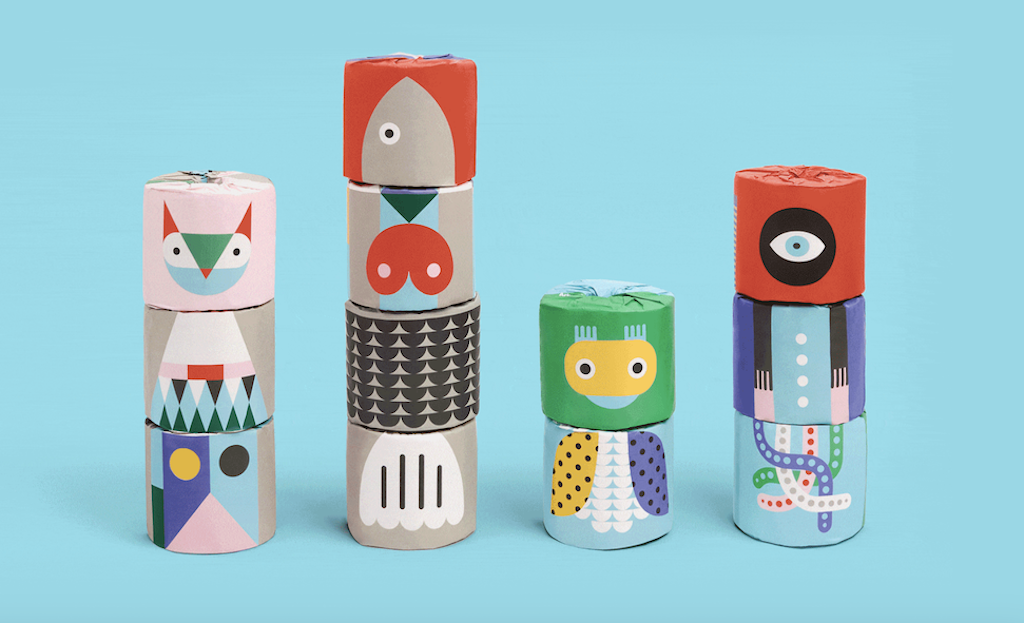 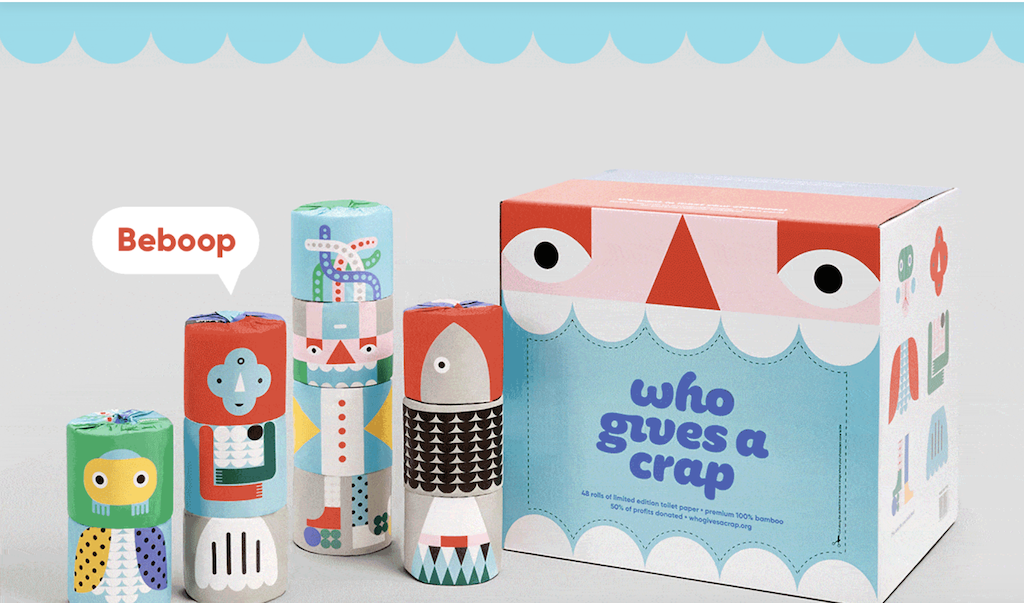