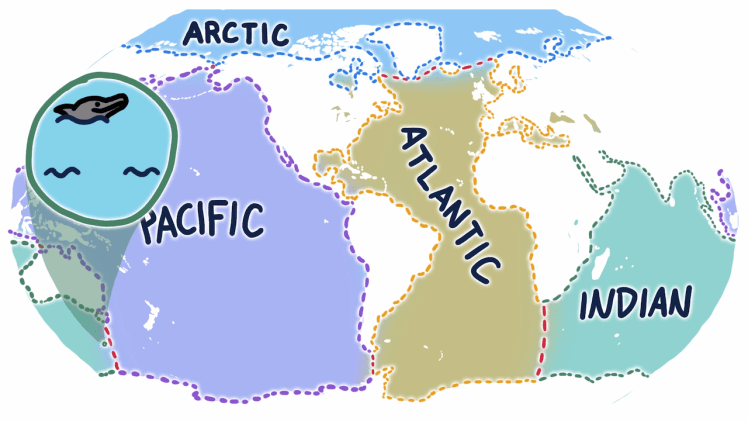 Kate Yoshida of MinuteEarth rather astutely asks “Where does one ocean end and another begin?”. While this question appears to have a simple answer, the reality is that all the world’s waterways are connected to each other. There are no borders within the water itself, rather the names were human constructs given to different oceans in regard to around which bodies of land they flow.

Technically our planet only has one ocean: the giant, not-so-creatively named “world ocean.” But that makes it hard to talk about different parts of the ocean on different parts of the planet. It makes sense to split it up, but how do you divide a continuous body of water? Since we humans have a habit of making things all about us, historically we have divvied up all that water based on our own perceptions.