Wildlife conservation filmmaker Richard Sidey captured absolutely wonderful footage that reveals the daily life of walruses in The Arctic. The tight-knit huddle happily rolled around in the snow, bathed in the mud, lounged in the water, and generally lolled about on the beach. 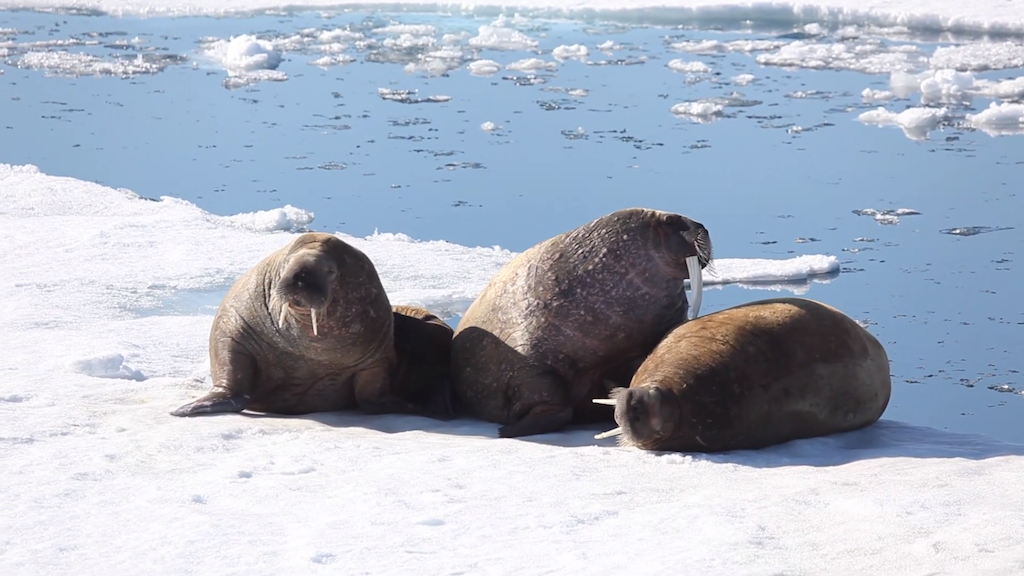 One very tired walrus climbed out of the water only to fall asleep. While napping, the walrus urinated on herself and then rolled back into the water to wash clean.

Have you ever seen a 900kg Walrus rolling down a beach while urinating all over itself? Well if not, here’s your chance.

The footage comes from Sidey’s film Speechless – The Polar Realm.

Beautifully filmed by New Zealand nature photographer Richard Sidey over the past decade throughout the Earth’s polar regions, Speechless – The Polar Realm is a non-verbal visual meditation of light, life, loss and wonder at the ends of the globe.