In celebration of their new line of drinks, Tim Hortons has announced a sweet and spicy Buffalo Wing flavored espresso drink called the Buffalo Latte. This unlikely pairing of flavors pays tribute to the iconic sauce named after its founding city and will be served at two locations in and around Buffalo, New York.

Buffalo sauce, the unique flavor with origins in Buffalo, New York, is on to a new frontier – lattes. To honor Buffalo’s bold signature flavor and celebrate the launch of the new espresso line-up, select Tim Hortons® Restaurants in Buffalo, NY are introducing a Buffalo Latte. Made from freshly brewed espresso, steamed milk, mocha, and bold Buffalo sauce flavor, the latte is topped with whipped topping and a dusting of zesty Buffalo seasoning. …Come try one from now until 10/20 while supplies last at the Tim Hortons at 3470 Main St in Buffalo, NY 14043 and at 4849 Transit Rd in Depew, NY 14214. 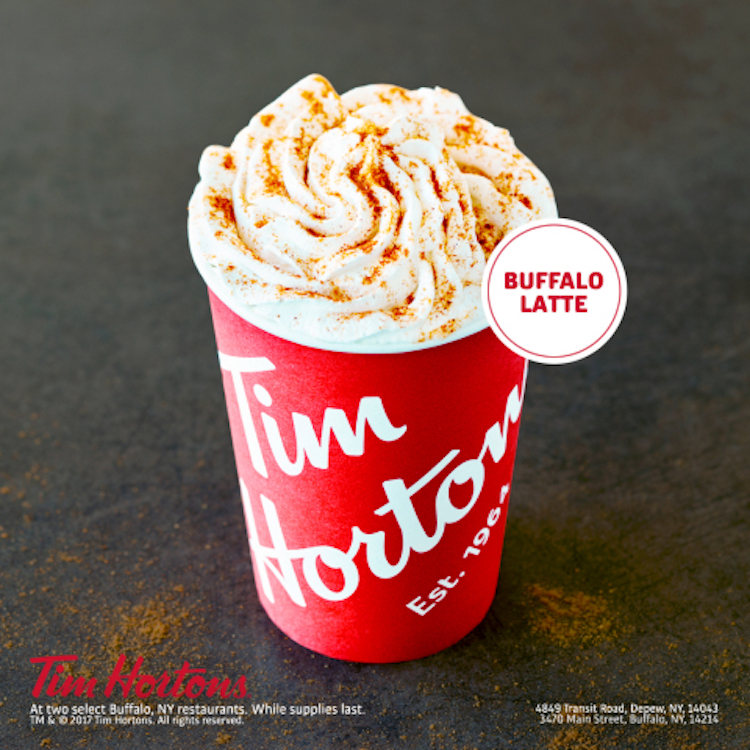