An adorable three-week-old greater one-horned baby rhino, unnamed at this time, gets fed his morning meal at the San Diego Zoo Safari Park with a very big bottle before he goes for a walk outside in the balmy Southern California air.

While his mother nursed and cared for her newborn for almost two weeks, he wasn’t gaining weight as he should. To provide the calf with the optimal care to thrive, he was taken to the Safari Park’s animal care center where he is watched around-the-clock, bottle-fed every two hours, and taken outdoors for exercise each day. After only a week in the nursery, the little rhino is growing stronger and gaining almost four pounds a day. He currently weighs 190 pounds and when full grown can weigh between 4,000 and 5,000 pounds.

The species is currently considered to be vulnerable thanks to hunting, poaching, trapping, and poisoning due to the medicinal value placed on the rhino’s horn. 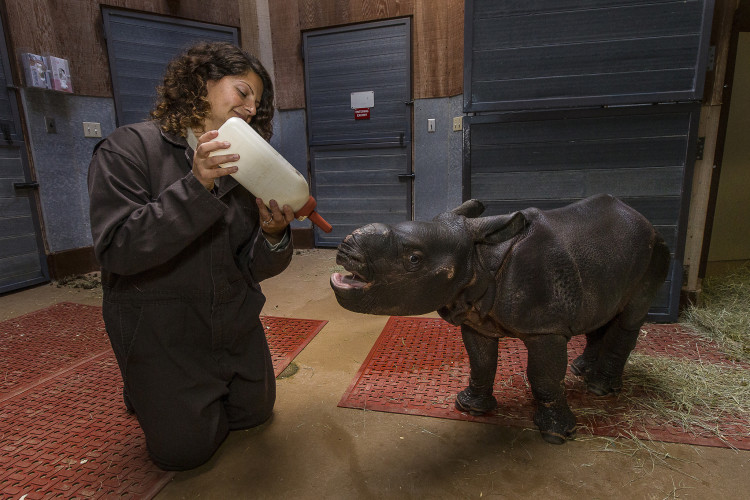 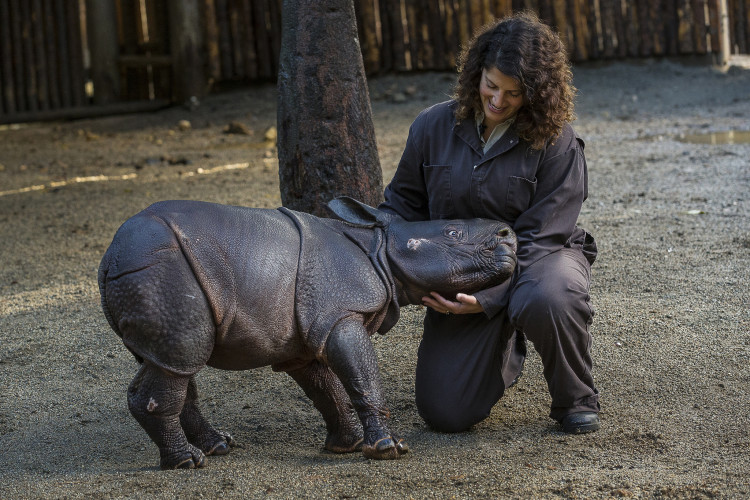