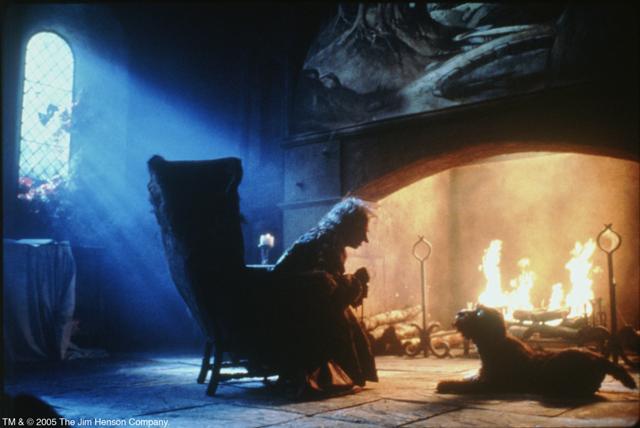 The StoryTeller, a collaboration between Jim Henson and British station TVS, was a wonderful series that featured traditional European folk tales acted out by puppets from the Jim Henson Creature Shop alongside human actors. The series featured a number of different actors throughout the episodes, but only had two regular characters; John Hurt as the storyteller and his talking dog, voiced by Brian Henson. The idea for the series came from Jim’s daughter Lisa.

The StoryTeller series was originally conceived by Jim Henson’s daughter Lisa after talking a folklore class at Harvard University. Jim was enchanted by the idea of a television series that remained true to the subtlety and metaphoric richness of ancient stories. He and Lisa brainstormed the concept of the series, basing all of the episodes on authentic folk tales. The result of a strong literary research team joined with the magical visual effects and animatronics produced by Jim Henson’s Creature Shop, The StoryTeller is a rare combination of ancient tradition and modern technology artistry. – Muppet Wiki

Nine episodes were developed in 1987, but only four episodes aired in the United States until 1989 when the five remaining episodes were shown during the short-lived variety-style show The Jim Henson Hour. HBO subsequently picked up the series in 1997 and aired it in its entirety in 1997 and 1998. The StoryTeller inspired a spin-off series, Jim Henson’s The StoryTeller: Greek Myths, which ran in 1990.

The Soldier and Death