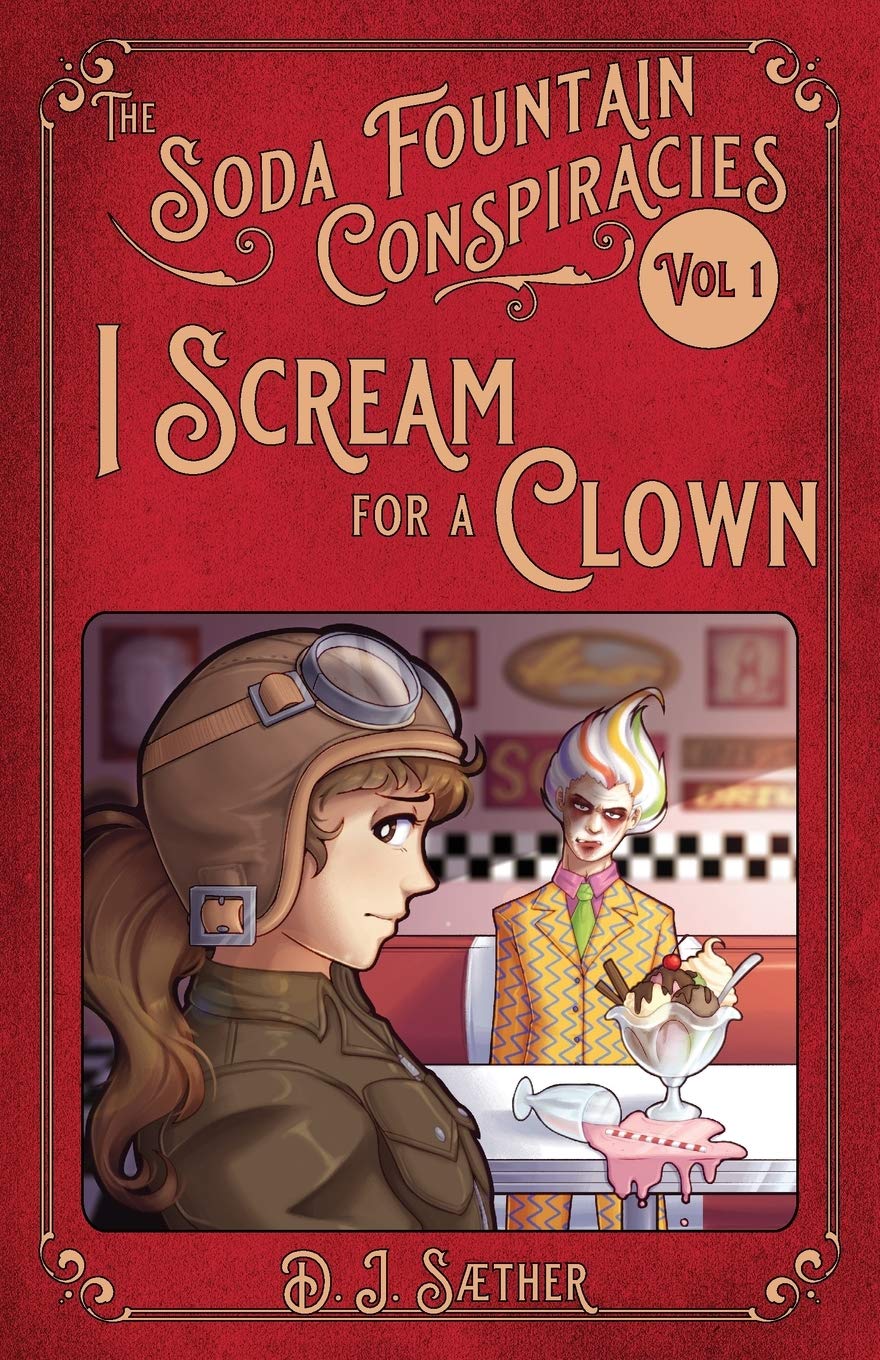 I Scream for a Clown is an entertaining suspense teen novel about two middle schoolers who meet up after school at a famous San Francisco soda fountain. What appears to be a simple get-together becomes more complicated when the kindly proprietor is murdered by a deadly assassin who is dressed like a clown. As the pair dig into what happened, they find themselves slipping further and further into a rabbit hole of secret societies and conspiracies while trying to stave off the taunts of the kids around them.

I Scream for A Clown is the debut novel by D.J. Sæther and the first volume in The Soda Fountain Conspiracies.

I Scream for a Clown overflows with intrigue, grit, adventure, joy, and delightfully quirky jokes. It’s that rare book that parents and kids will enjoy reading together.