The incredible Medusa guitar by the legendary Canadian luthier Linda Manzer, is a gorgeous custom-made instrument with multiple necks – fretless, baritone, scalloped fingerboard and harp – and an astonishing 52-strings. The instrument was designed specifically for Danish musician Henrik Andersen, who asked Manzer for a lot of strings and then followed his request with a cartoon design that Manzer was able to replicate beautifully.

He actually had very specific ideas about what he wanted, but as we were in the middle of making the design for this very complicated instrument – he’s also a cartoonist – and he sent me a cartoon …and it was a joke, but I actually thought it was fantastic and I took it kind of seriously.

Manzer is also the genius behind the Pikasso, the equally gorgeous multi-necked guitar made famous by the amazing Pat Metheny. 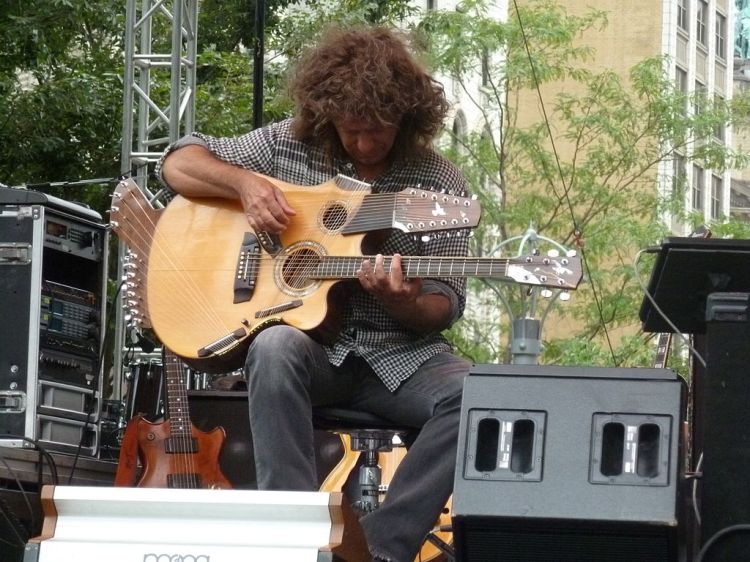 In 1984 Pat Metheny asked me to design and build a guitar with “as many strings as possible.” The resulting collaboration was the Pikasso guitar.