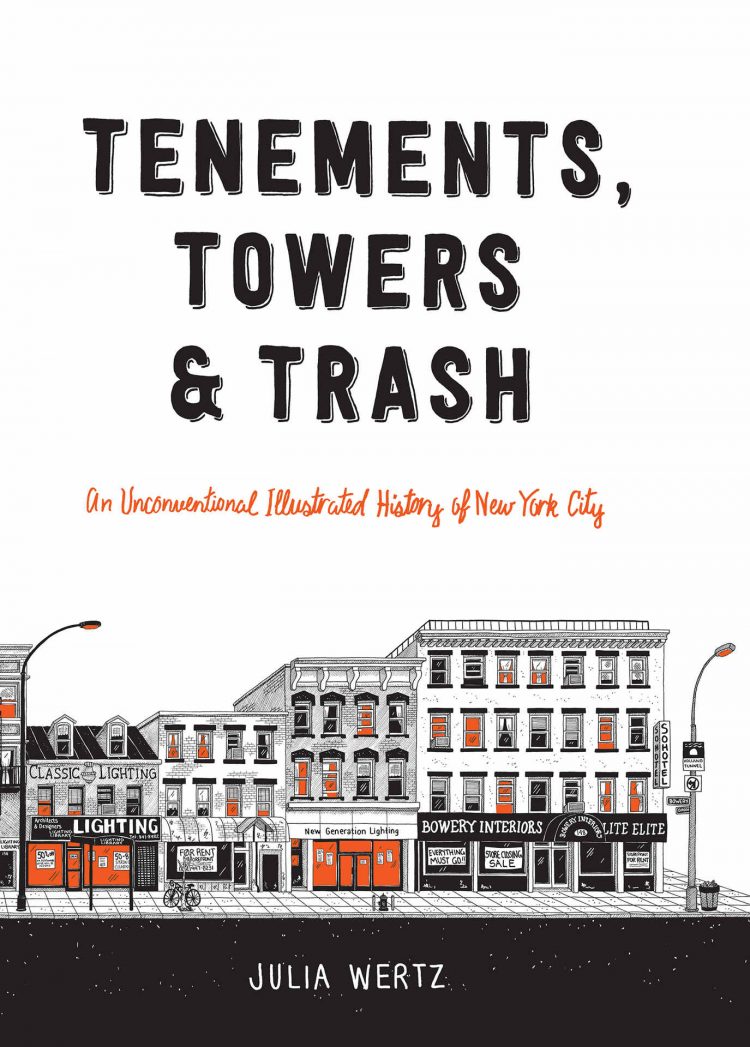 In 2017, critically acclaimed author and cartoonist Julia Wertz (previously) released Tenements, Towers & Trash, a hilariously observant and amusingly nostalgic history of New York City. In this illustrated book, Wertz not only shines a humorous light on obvious the more obvious traits of the city but also on some of the lesser-known, weirder events and landmarks that an urban explorer like Wertz would find.

With drawings and comics in her signature style, Wertz regales us with streetscapes “Then and Now” and little-known tales, such as the lost history of Kim’s Video, the complicated and unresolved business of Ray’s Pizza, the vintage trash and horse bones that litter the shore of Brooklyn’s Bottle Beach, the ludicrous pinball prohibition, Staten Island’s secret abandoned boatyard, and the hair-raising legend of the infamous abortionist of Fifth Avenue, Madame Restell. 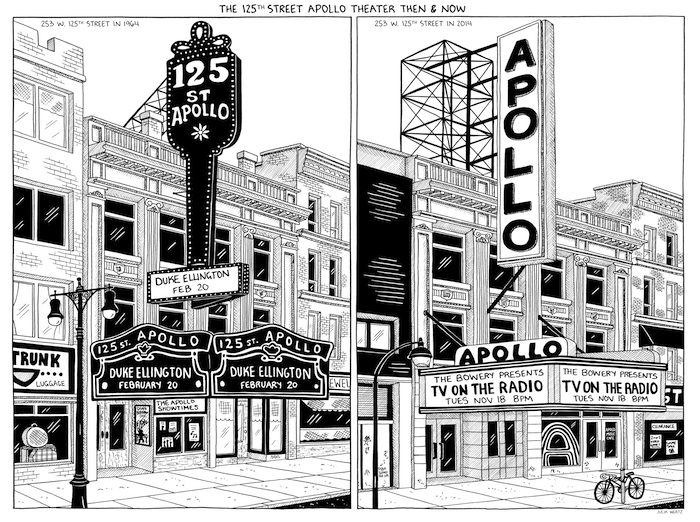