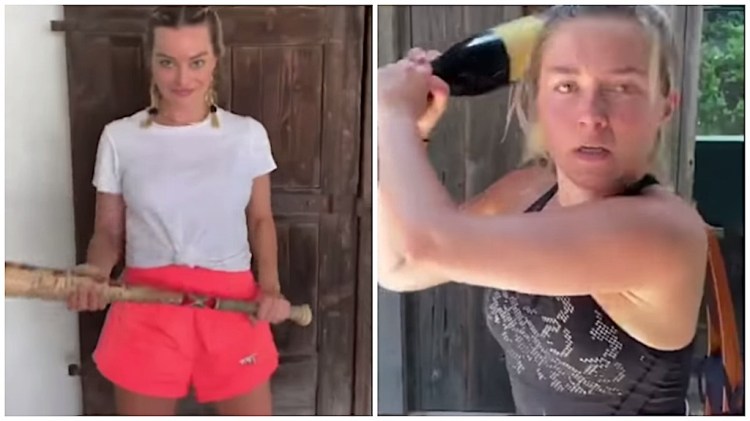 Just like the students and teachers at the French stunt school, each woman showed off her incredible fitness and stunt skills in separate videos that were connected with a fighting move that the next person responded to in kind. Performer KT Tunstall was, unfortunately, playing guitar in the dark while on the toilet and missed the whole thing.