In a recent episode of the documentary video series No Your City, filmmaker Nicholas Heller spends some time with street artist Jim Power (previously)–known by many as the “Mosaic Man“–who spoke about his mission to complete the Mosaic Trail, a project that he started over thirty years ago in New York City’s East Village as a way to document the history of the neighborhood.

It stretches now from here over to Broadway and then over to Bedford Avenue. My goal is to mosaic the whole city. …You won’t have to make an appointment to go to the museum, you can just go for a walk. The people in the Village love this art. When you go to the Empire State Building, you look at it and walk away from it. When you come to the East Village you walk through the art. It’s a museum all around.

Donations can be made online to help support Power’s work on the Mosaic Trail. 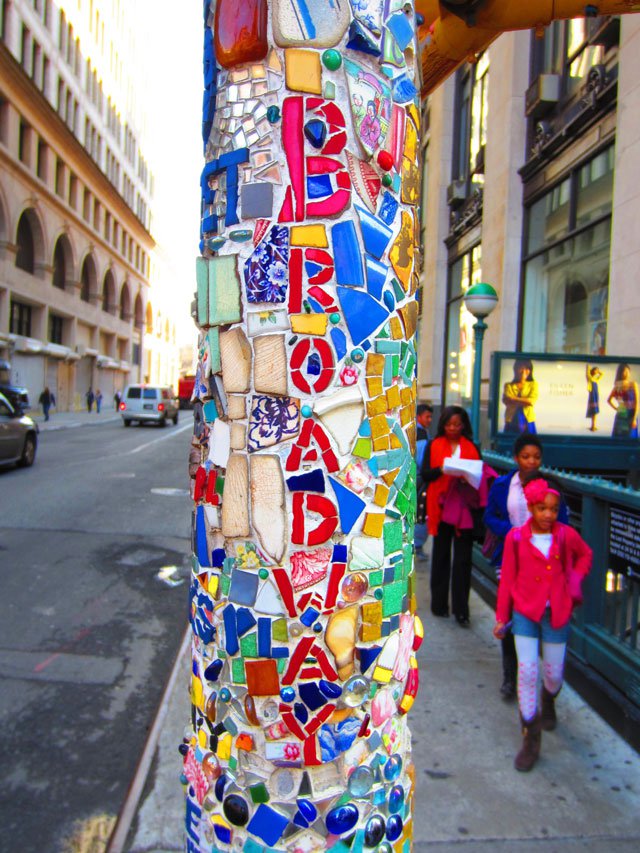 images via The Mosaic Man