In 2016, writers Walt Hickey and Ella Koeze of the online polling site FiveThirtyEight posted an excellent piece about Star Wars, specifically how the fluctuating balance within The Force specifically affected which side rose to power. While they also included other factors such as personnel numbers, materiel and other supplies and even the weather, it was the strength of The Force that shifted power to the Jedi for the very first time during the since the start of the war.

The Galactic Civil War — recently retold in the military history called Star Wars — pitted the Imperial Navy, one of the most sophisticated fighting forces in history, against the ragtag Rebel Alliance. The rebels resoundingly defeated the advances of the better-supplied fleet in a stunning six-year guerrilla war. How did this happen? A FiveThirtyEight analysis of the expeditionary force that saw the bulk of the fighting in the main theater of the rebellion — that is, from Scarif to Yavin to Hoth and finally Endor — found that the consolidation of Imperial forces in immense capital ships and battlestations led to catastrophic losses. 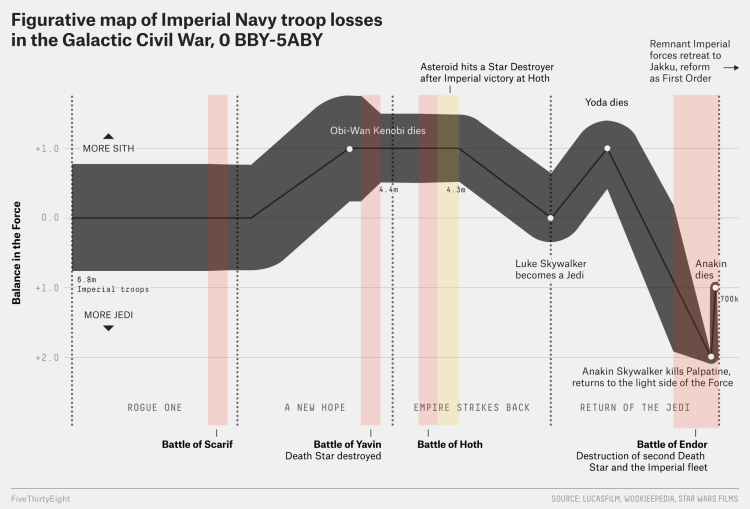