The Jewish a capella group Six13, who previously musically celebrated the overlap of Thanksgiving with Chanukah and sang a festive a cappella adaptation of “Bohemian Rhapsody” in its entirety, performed a festive medley of some of the most iconic Star Wars songs featuring Hanukkah themed lyrics.

“DO, OR DO NOT — THERE IS NO TRY.” Little known fact: though Baby Yoda’s cousin delivered this sage advice to Luke Skywalker, he took his inspiration from the Maccabees. Like the Jedi years later, against all odds (never tell us the odds!) they fought off a great empire who sought their destruction. Today, we celebrate the miracles of that time with presents, dreidels, and latkes — and our tribute to the music of one of the greatest film franchises of all time. CHAG SAMEACH… may the force be with you! 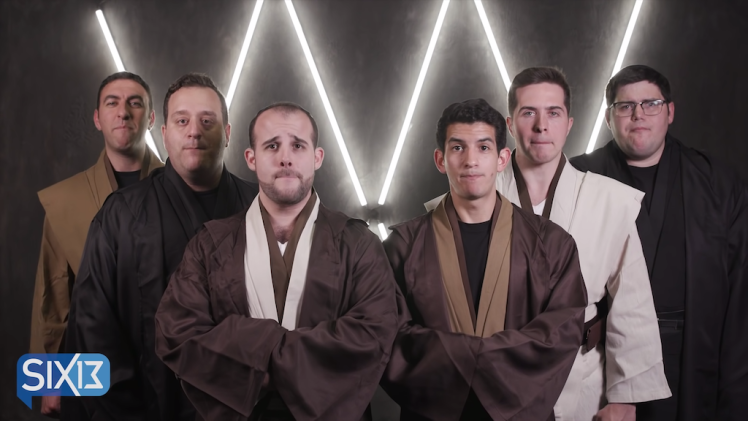