The very talented Luca Stricagnoli (previously) performed a unique harmonic cover of the classic Led Zeppelin song “Stairway to Heaven” using three different guitars. The instruments include Stricagnoli’s acoustic guitar, which he uses for most of the song, a “Reversed Slide Neck” he invented attached to his acoustic, and then a soprano guitar, also of his own invention, that he played horizontally during the solo of the song.

I know it´s also one of the most overplayed songs, but I love so much that I wanted to do my own interpretation of it. I am using two of my inventions: the first is the add-on neck you see since the beginning. The name of it is “Reversed Slide Neck” …The second invention I use in the video is the Soprano Guitar, a guitar played horizontally and equipped with high pitched strings tuned in scale 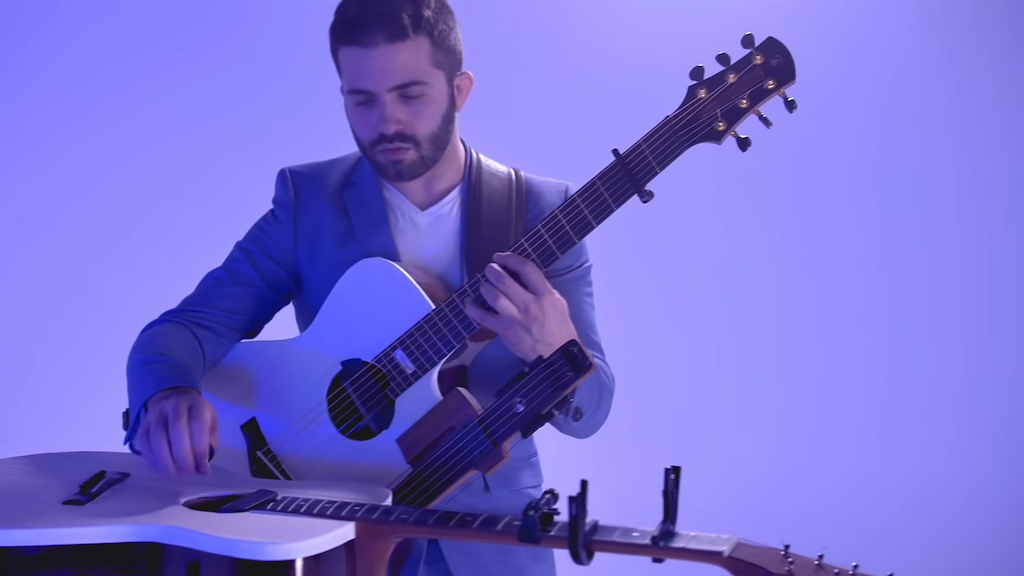