Snowball, the headbanging cockatoo who danced in perfect time to the classic Queen anthem “Another One Bites the Dust” back in 2007, has gotten some attention for his response to music with his incredible range of dance moves as of late.

…Snowball is not limited in his dance moves. Despite a lack of dance training, videos show, Snowball responds to music with diverse and spontaneous movements using various parts of his body. 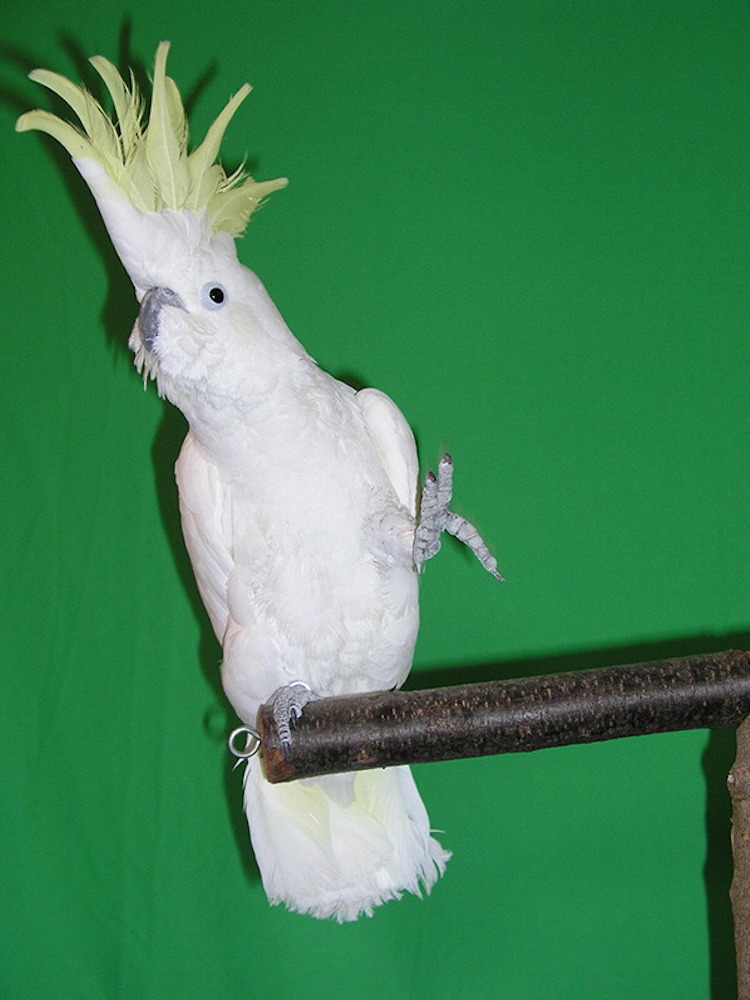 Here we report experimental evidence for synchronization to a beat in a sulphur-crested cockatoo (Cacatua galerita eleonora). By manipulating the tempo of a musical excerpt across a wide range, we show that the animal spontaneously adjusts the tempo of its rhythmic movements to stay synchronized with the beat. These findings indicate that synchronization to a musical beat is not uniquely human and suggest that animal models can provide insights into the neurobiology and evolution of human music.