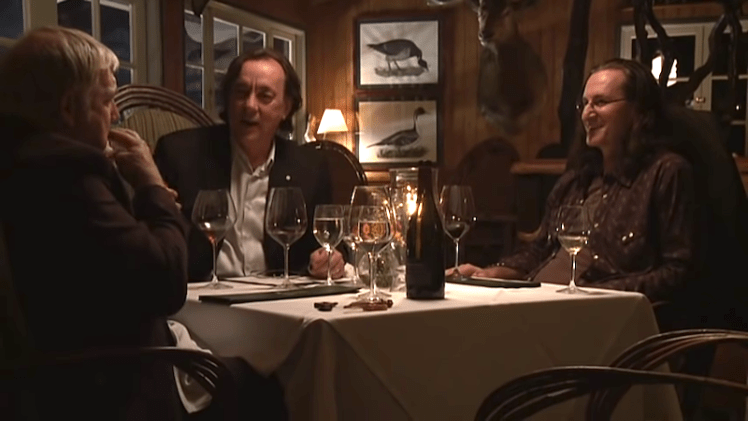 The members of the brilliant music trio Rush gathered together for a lush meal at a Canadian hunting lodge in 2010. Surrounded by a variety of animal heads, Geddy Lee, Neil Peart and Alex Lifeson hilariously exchanged ideas, gentle barbs, plans and talked about the future of the band. There was also a great deal of wine consumed throughout the courses of the meal.

Lifeson, who’s known as a bit of a goofball, was at peak hilarity, while Lee and Peart did their best to contain their laughter. All in all, it was a heartwarming dinner between three longtime and extremely talented friends who clearly loved and appreciated each other deeply.

This dinner was featured at the end of the award-winning 2010 documentary Rush: Beyond the Lighted Stage celebrating the 40th anniversary of the band.

Celebrate the remarkable 40-year career of influential Canadian rockers Rush with this documentary, which details the band’s formation and evolution.

Sadly, the world suffered a profound loss on January 7, 2020, when brain cancer claimed the life of Neil Peart. You were truly a spirit with a vision and a dream with a mission. RIP sir. You will be missed dearly.