In the beautifully rotoscoped animation entitled “Flash Flood“, filmmaker Alli Mackay interviews three transgender people who share their stories about how and where they grew up, their words bumping against unrelenting images of two-dimensional deluges waning and waxing as they speak. The title and the theme came from the first narrator (perhaps Mackay) who made reference to a repeating dream of a flood that would sweep everyone but them away. Mackay cleverly employed that fitting metaphor to carry through the entirety of the film. “Flash Flood” is the animator’s graduation film for Emily Carr University of Art and Design. in Vancouver, Canada.

I believe in the storytelling power of 2D animation as a medium, and use it to approach topics usually reserved for live action cinema, such as gender identity, introversion, and mental illness. Growing up in the rural farming town of Bawlf, Alberta, I busied myself by self-teaching traditional animation and film editing. These days, I’ve been developing a style built around combining live-action, rotoscoping, and digital 2D animation techniques. I also work with both 16mm film and digital video for my live-action films. 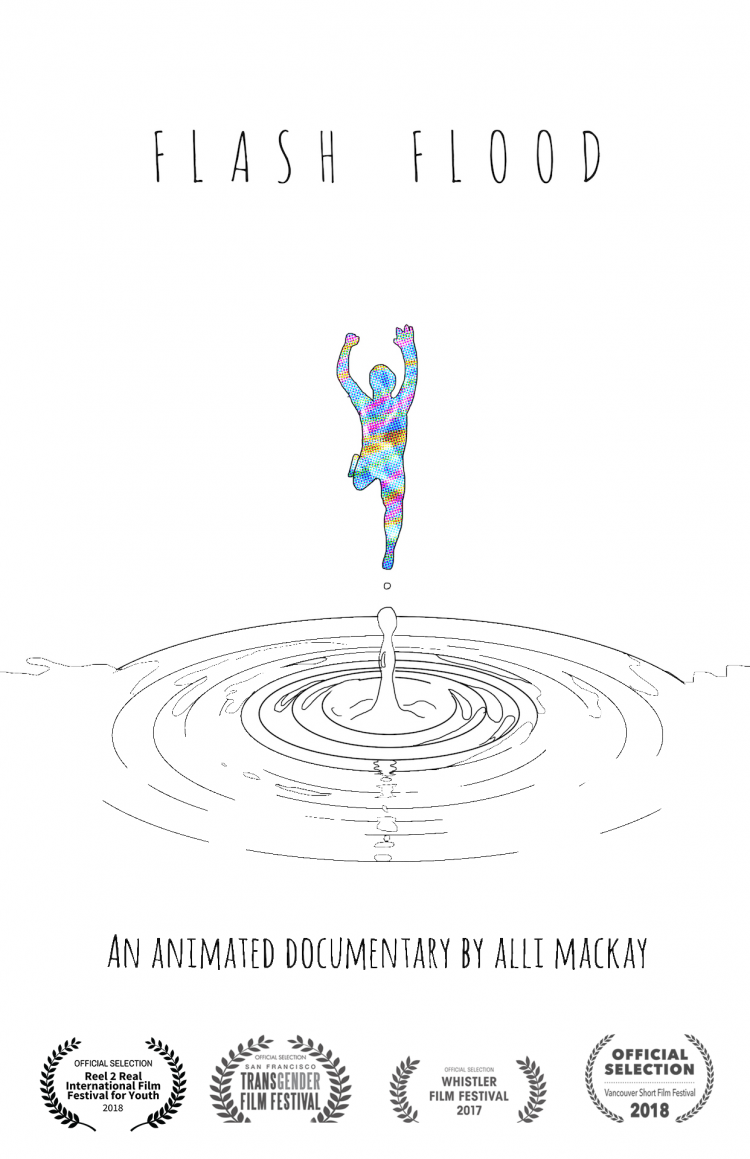