When passersby heard a faint meowing coming from a storm drain in Southern California on Sunday, December 20th, David Loop of Sierra Pacific FurBabies came by to help. Although did everything he could by himself, he wasn’t able to reach the kitten. The next day, however, a whole group of rescuers, including All American Plumbing, banded together and after 33 hours, the kitten was rescued. Loop aptly named the kitten Piper and gave him a nice warm, safe and dry place to live until he’s ready to find a forever home. Earlier today Loop explained why Piper is currently being crated.

I have received several comments questioning why Piper is in crate… As cute as kittens are, they still must be isolated from the other cats until they can be properly tested for diseases, i.e. Felv, FIP, FIV etc., Any time I get a cat or kitten it is kept separate from the others for a period of time. I don’t look at it like they are complaining, they just are unaware.

Come on Piper!Let's go to work! 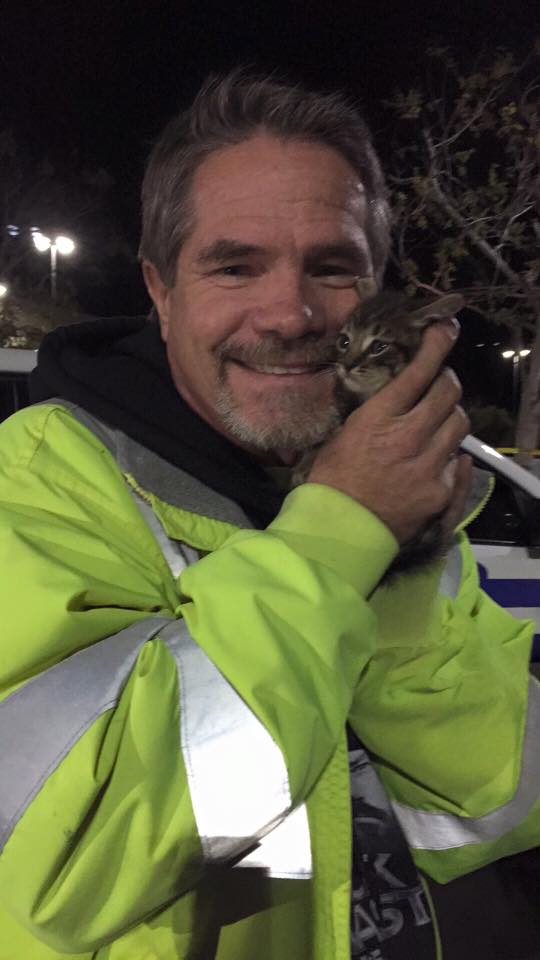 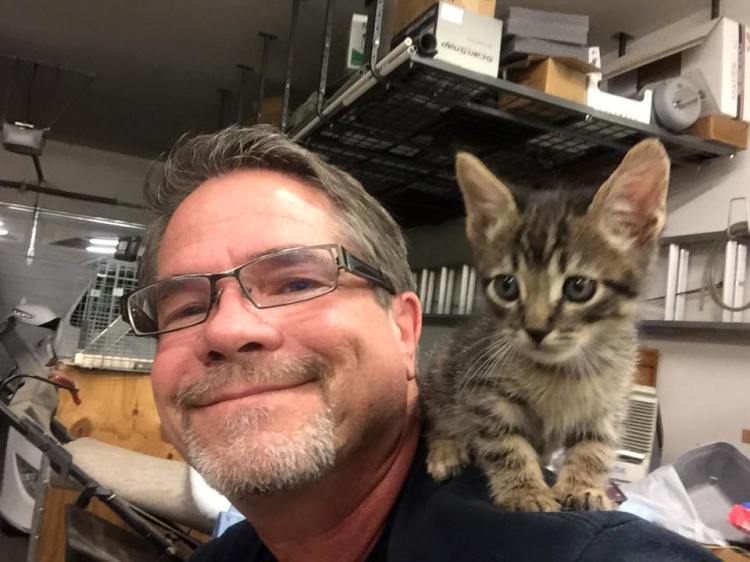 video by Chris Poole of Cole and Marmalade