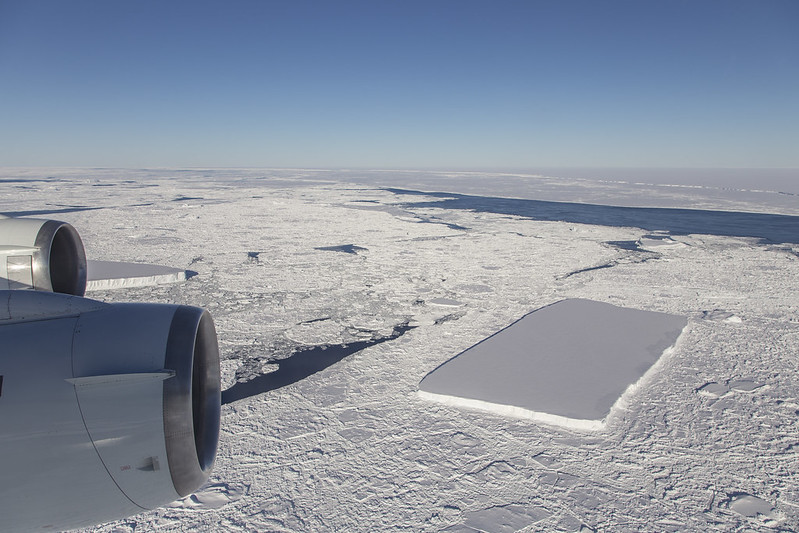 The researchers of the NASA program “Operation IceBridge“, the longest running aerial surveyor of polar ice, captured absolutely stunning photos of two different icebergs with relatively straight edges and corners forming rectangles, a shape rarely found in this environment. These and other tabular-shaped bergs broke off from the Larsen C Ice Shelf which sits in the Weddell Sea along the northeast peninsular coast of Antarctica. Researcher Jeremy Harbeck commented on his interest in the shapes.

I thought it was pretty interesting; I often see icebergs with relatively straight edges, but I’ve not really seen one before with two corners at such right angles like this one had…The rectangular iceberg appeared to be freshly calved from Larsen C, which in July 2017 released the massive A68 iceberg, a chunk of ice about the size of the state of Delaware.

In fact, Hardbeck was looking at another iceberg, but captured these images anyway.

I was actually more interested in capturing the A68 iceberg that we were about to fly over, but I thought this rectangular iceberg was visually interesting and fairly photogenic, so on a lark, I just took a couple photos…

From yesterday's #IceBridge flight: A tabular iceberg can be seen on the right, floating among sea ice just off of the Larsen C ice shelf. The iceberg's sharp angles and flat surface indicate that it probably recently calved from the ice shelf. pic.twitter.com/XhgTrf642Z 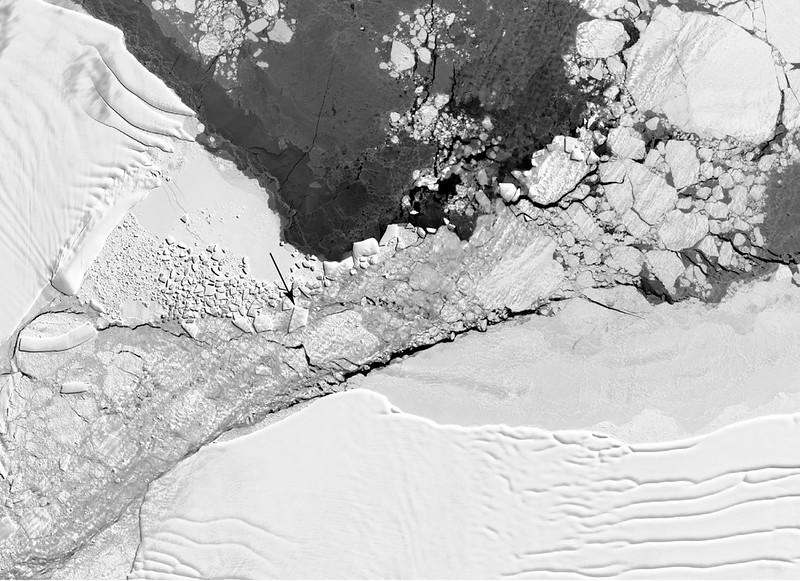 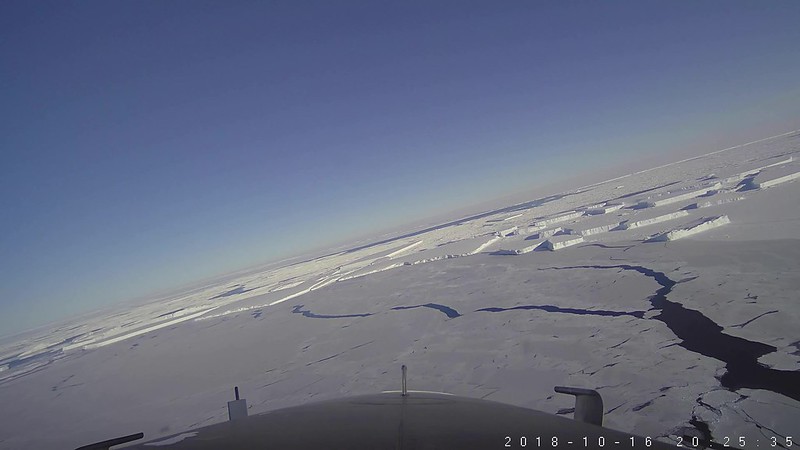 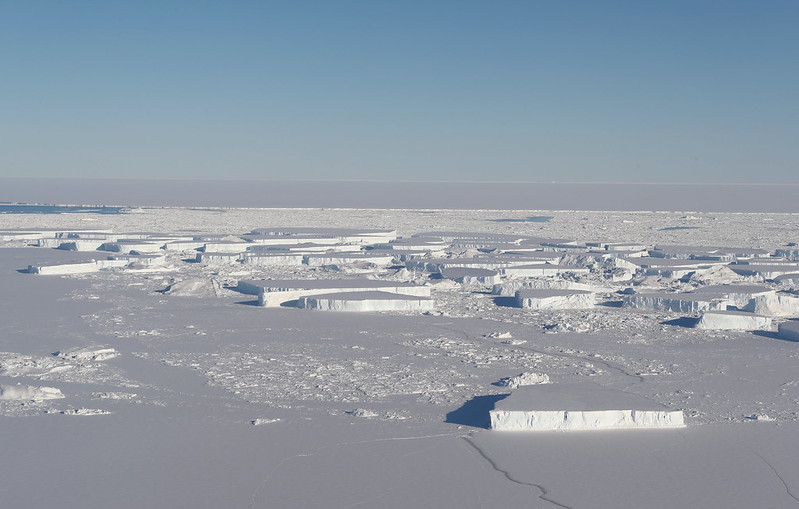 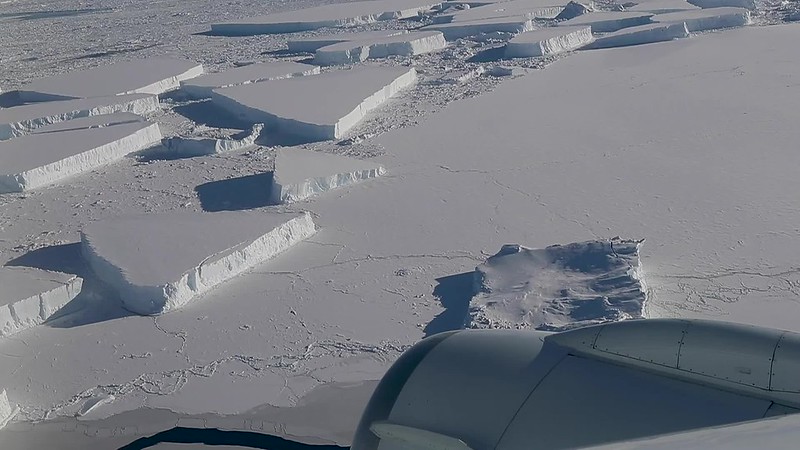 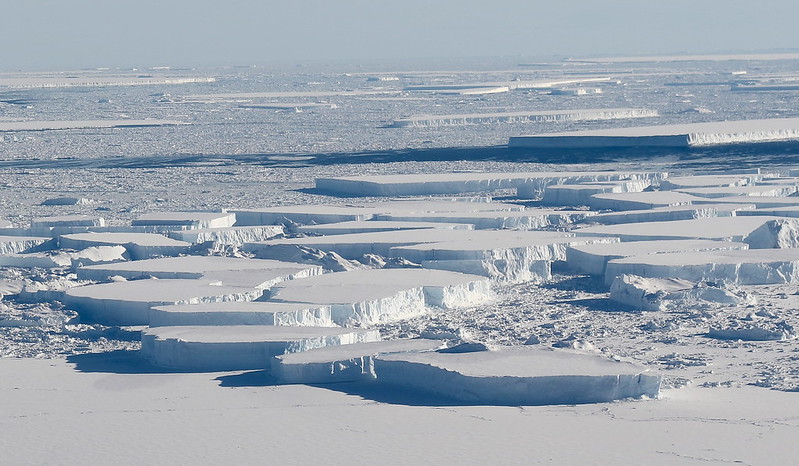