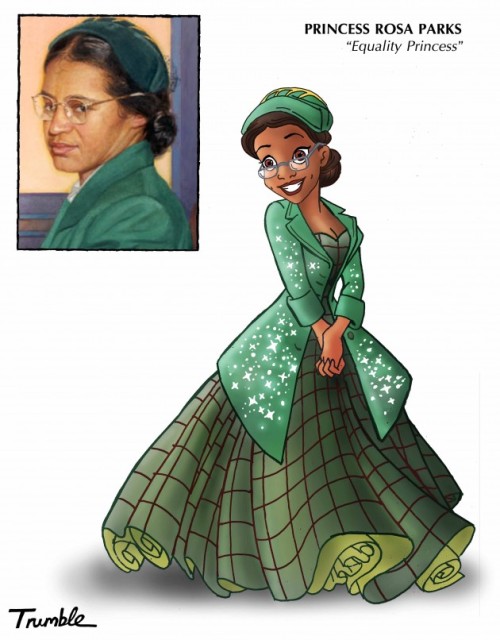 In May 2013, David Trumble, an award-winning illustrator and cartoonist, put 10 inspiring real life role models through the “Disney Princess Assembly Line“. The series entitled “10 Real World Princesses Who Don’t Need Disney Glitter” was a satirical comment regarding Disney’s makeover of Merida, the heroine of “Brave“.

My experience of female role models both in culture and in life has shown me that there is no mold for what makes someone a role model, and the whole point of Merida was that she was a step in the right direction, providing girls with an alternative kind of princess. Then they took two steps back, and painted her with the same glossy brush as the rest. So I decided to take 10 real-life female role models, from diverse experiences and backgrounds, and filter them through the Disney princess assembly line. The result was this cartoon, which earned equal parts praise and ire from readers. Some didn’t get the joke, some disagreed with it, others saw no harm in it at all and wanted to buy the doll versions of them… it was a polarizing image, but I suppose that’s the point. The statement I wanted to make was that it makes no sense to put these real-life women into one limited template, so why then are we doing it to our fictitious heroines? 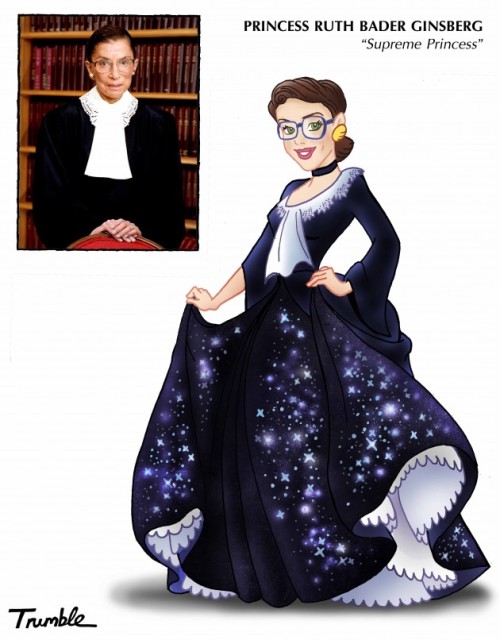 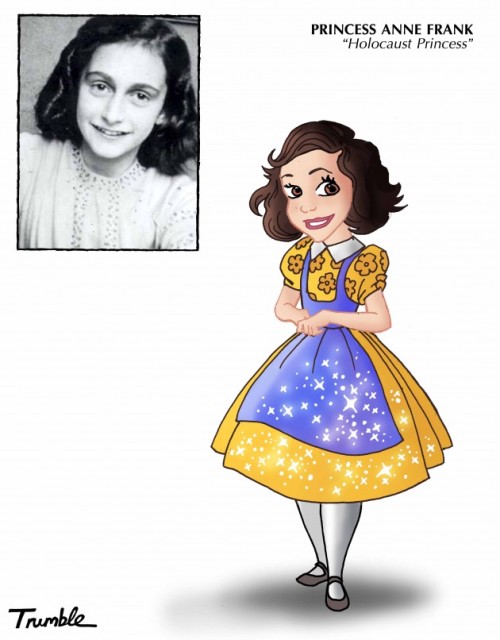 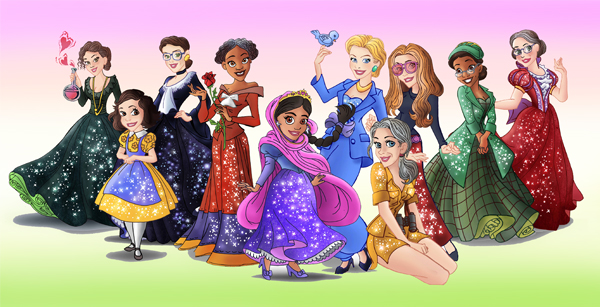