Dutch artist, t-shirt illustrator and polyglot Wouter Corduwener encountered a man from Macedonia named Zoran Radiceski, who is able to speak an amazing 35 different languages. Corduwener was readily impressed with Radiceski and engaged in a remarkable multi-lingual conversation that showcased the talents of both while a windmill spun in the background.

UNBELIEVABLE! I met a Macedonian hyperpolyglot and he speaks 35 languages! He speaks at least eight of them fluently and he is even able to speak different accents and dialects in some languages. This guy is a true inspiration and I think more people in the language learning community should know him. In this video we are practicing 15 languages which we have in common and after that he will speak 6 more languages which I don’t speak. 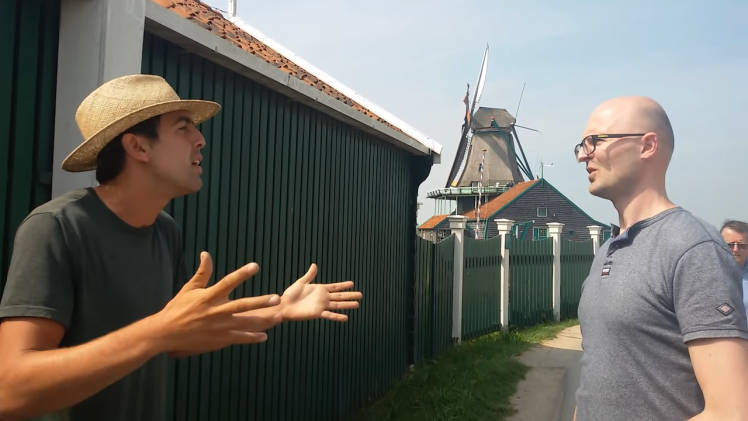