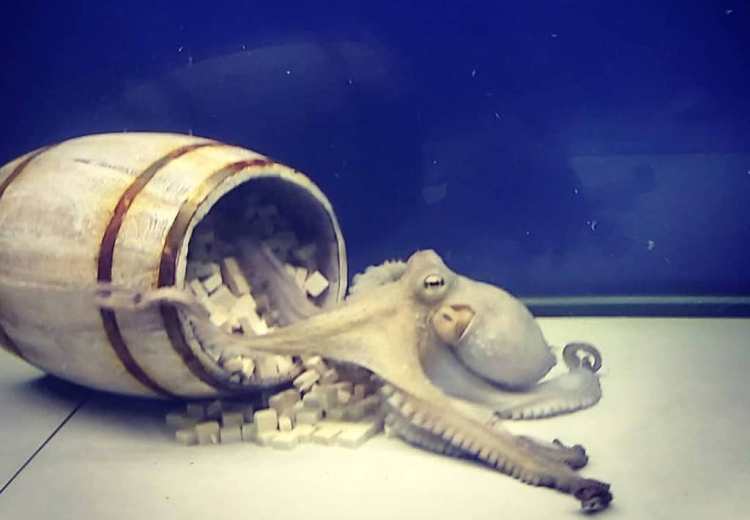 A very clever rescued octopus named Arnold who lives at the Octolab loves his empty barrel hiding place. The humans involved in the Octolab project decided to see what Arnold would do if his barrel became inaccessible and filled it up with soft bricks while Arnold took a stroll. Although they provided another place for Arthur to use, he only wanted to clear the obstacles from his own barrel.

Arthur stretched his magnificent tentacles in an effort to use every resource at his command to remove the impediments, including two square tiles and a piece of the air filter he snapped off from his tank. Somehow Arnold cleared enough away to fit happily inside.

The octopus in this observation aquarium is Arnold. He’s a new octopus here at Octolab. He absolutely loves his barrel and spends hours just hanging out and observing the people around him. We wanted to know what would happen if we removed his barrel, filled it with obstacles, and added another hideout. Would he just use the new hideout or would he try to make himself comfortable in his trusty old barrel?