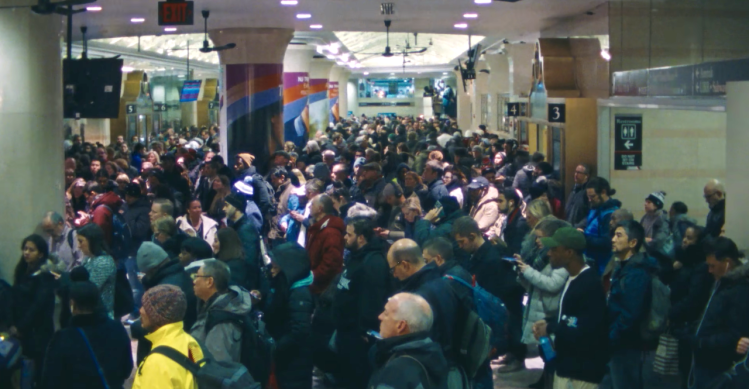 Filmmaker Scott Lazer has created “Commute”, a thoroughly immersive video essay about the overwhelming daily crush of humanity anxiously waiting for their trains at New York City’s Penn Station. The frenzied soundtrack, the rhythmic narration and the incredible images of the crowds capture the circular sense of Manhattan workers going home at the end of each workday.

‘Commute’ was filmed in 16mm at the busiest train station in the Western Hemisphere, New York City’s Penn Station. Set against a frenetic soundtrack that puts the viewer in the heart of a rapidly moving current of bodies, this visual essay captures what it’s like to endure one of the world’s most congested and grueling transit systems.