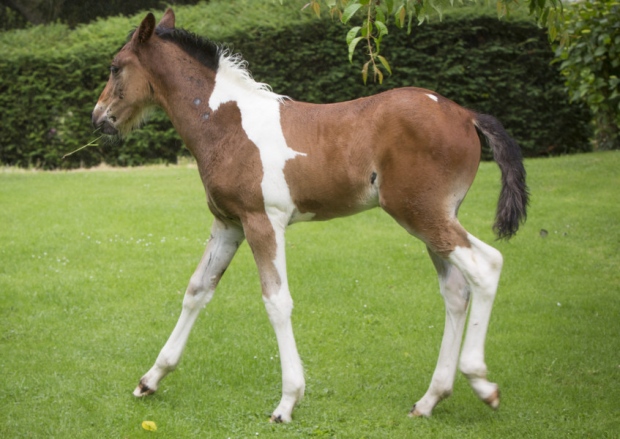 DaVinci is a beautiful nascent foal who was born with a white marking that looks like another horse. The marking goes across his left flank and up his neck where it meets his mane. According to his human at the Flying Hall School at Robin Hood’s Bay, he also has another marking across his bottom.

Wendy Bulmer, who runs the riding school, said: “I bought his mother at a sale and didn’t know she was in foal so that was a bit of a surprise.”I wasn’t very happy at first but he is so friendly and the kids love him. The chestnut horses have irregular patches but they don’t normally make something as recognisable. He’s even got a little white heart shape on his bottom as well.”