After its historic descent and touchdown on Mars, the NASA Perseverance Mars Rover captured and sent back the first incredible 360° view of its landing site at Jezero Crater on the planet’s surface. The video, which is completely interactive, allows the viewer to explore the famously red terrain for themselves.

This video shows the first 360-degree view of the landing site of NASA’s Perseverance rover on Mars, as captured by the rover’s color Navigation Cameras, or Navcams. … Perseverance landed on Mars’ Jezero Crater on February 18, 2021. These images were obtained on February 20, 2021. 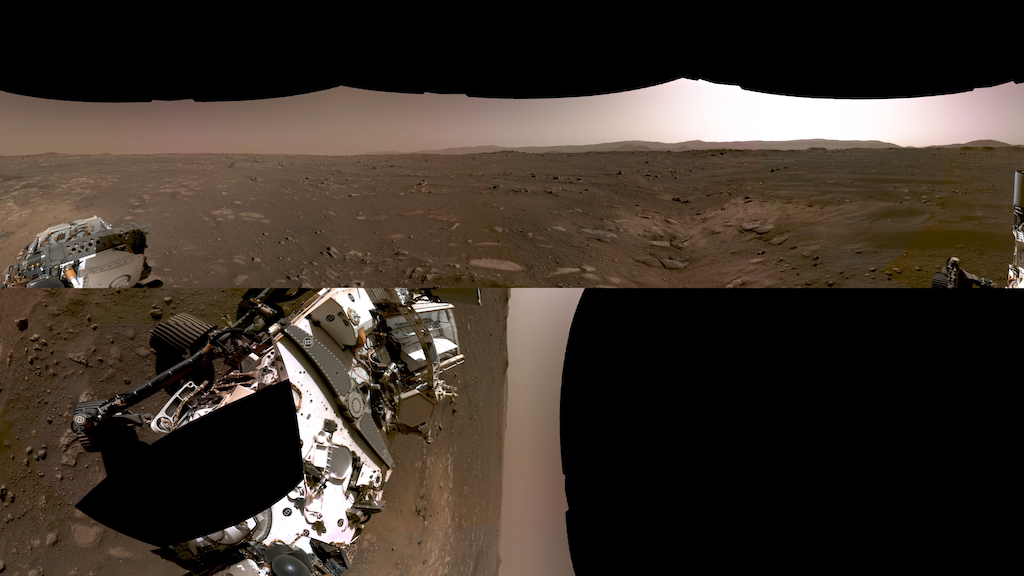