The Tail Company is a startup company that creates lifelike animatronic animal tails for those who like to wear one for whatever reason they choose. Their most updated version is miTail, a newer tail that has more digital and non-digital features than their previous versions.

We are proudly called The Tail Company – all our research goes into creating the best moving tails in the world. Our animatronic tails are worn everywhere – to give life to your Cosplay or fursona, at Festivals, and for LARPing, on TV and film, by kitty girls and boys and many others.Our new tail system features USB charging + power bank support, app and no-phone mode, a new D-Clip, customized cover included and more!

The tails are interactive with an app that’s accessible via Bluetooth on both iOS and Android. The app allows for such specialized movement as wagging, standing upright at different levels, or maintaining a relaxed mode. The app can be used traditionally or through gesture movements.

miTail is Bluetooth-controlled by an app called Crumpet, on Android and iPhone. Developed over three years, Crumpet lets it do all kinds of cool things, in addition to calling up the 11 built-in moves. From Casual Mode to Movelists, via Gestures and Alarms! It also lets you sync your tail with EarGear, our animatronic ears. Below is a quick explanation of those modes. 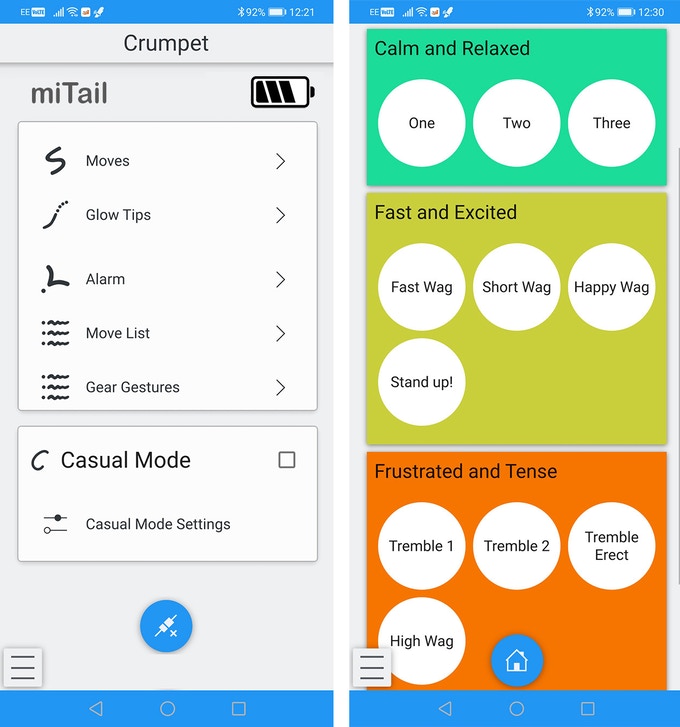 There are a variety of tails from which to choose.

Want a pink fox? A scaly Dragon? A stripy Devil tail? A scorpion, or something else? We make feathered tails and spotty tails – shiny ones, furry ones and leathery ones. Whatever you can think of, we will make you, included in the price 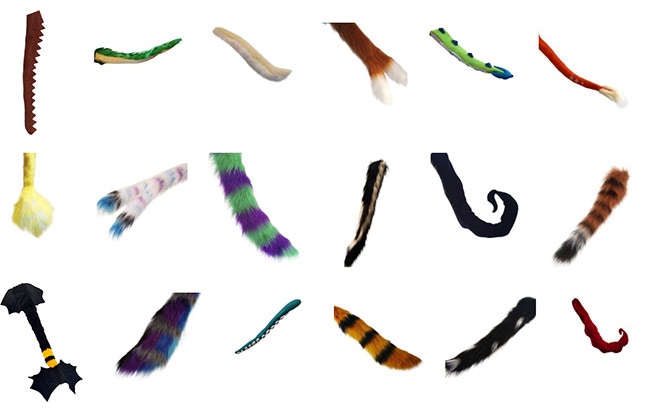 The tail also works without the app.

if you don’t want to use your phone, it’s no problem. Because miTail has another skill – introducing no-phone mode! Simply switch the tail on, and after 60 seconds, the tail will start moving on its own for 20 minutes, including natural pauses. Over time, the speed and moves vary, giving a natural feel to this mode.

The company is raising funds through Kickstarter in order to bring miTail to market.

We understand well the work that is required to get a handmade tail of to a happy Tailer. Our production is now ready to go. Assuming the Kickstarter is successful, we will start production immediately, and ship the first miTail in August!