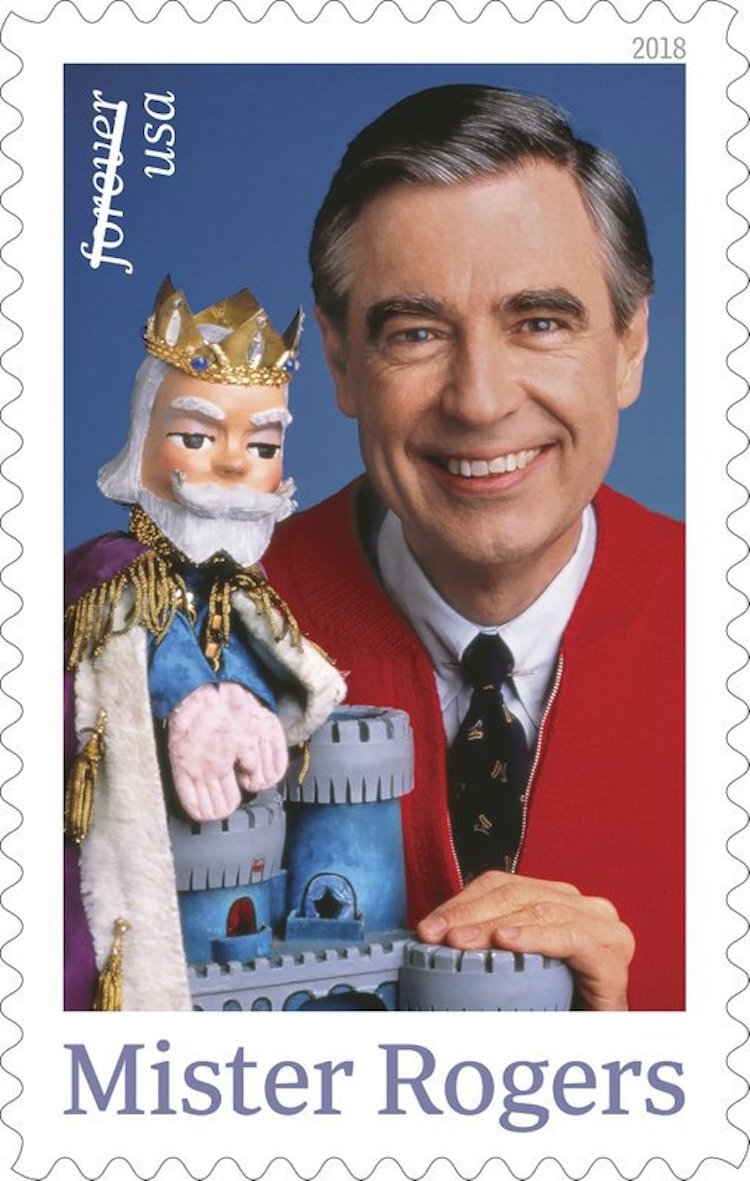 On February 2, 2018, Postmaster General Megan J. Brennan of the United States Post Office announced that they would be dedicating a forever postage stamp to Fred Rogers of Mister Rogers’ Neighborhood, the late, great children’s television pioneer who introduced generations of children (and adults) to new ways of doing things, to believing in oneself and to look for the helpers when in need. A dedication ceremony will be taking place at the WQED’s Fred Rogers Studio in Pittsburgh March 23, 2018. There will also be a live Facebook video stream of the event.

Fred Rogers (1928–2003) was known as a beloved television neighbor to generations of children. His groundbreaking public television series “Mister Rogers’ Neighborhood”inspired and educated young viewers with warmth, sensitivity and honesty. Filmed in Pittsburgh and first distributed nationally in 1968 by a predecessor of the Public Broadcasting Service (PBS), the program was innovative and unlike anything on television for children at that time.