Twitch has partnered with PBS and The Fred Rogers Company to present a free, 18 day marathon of the long-running beloved children’s series Mister Rogers’ Neighborhood. The marathon runs from May 15th through June 3rd, 2017, during which the entire library will be streamed.

The series ran a long time, from February 1968 through February 1983 and then from August 1997 through August 2001, encompassing a staggering 886 episodes. This marathon is sure to bring a great deal of nostalgia to those who grew up with this gentle, respectful, knowledgeable and informative man. It will also introduce a new generation to his uniquely positive message of self-acceptance.

The marathon features the most comprehensive collection of episodes available, including many that have only aired once and are unavailable elsewhere online. Twitch will also run a fundraising campaign, during which viewers will be encouraged to show support for their local PBS station. …Grounded in an innovative social-emotional curriculum, the show starred the legendary Fred Rogers, who spoke directly to viewers, performed songs, created arts and crafts for viewers, and took them on tours of real-life locations. Each episode ended with the same positive message for viewers: because we are all unique, we make each day special by being ourselves, and people can like us just the way we are. 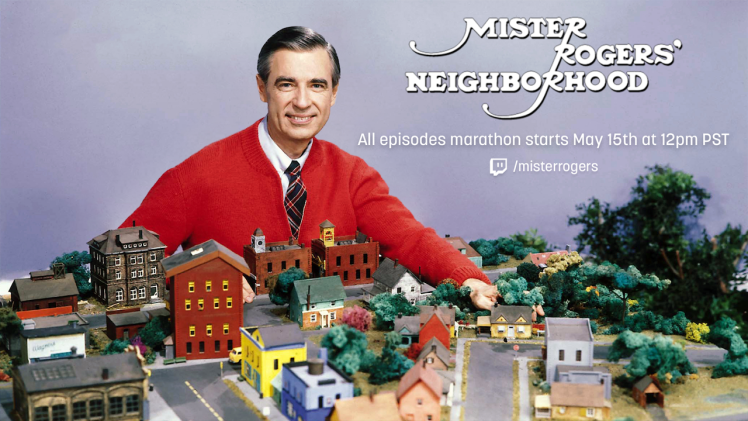