Fred Rogers, beloved TV kid show host of Mister Rogers’ Neighborhood, was interviewed by Karen Herman on July 22, 1999 in Philadelphia, Pennsylvania. This epic interview lasted four-and-a-half hours and was conducted for the Archive of American Television. It’s online in nine parts and gives an amazing inside look at the Rogers’ life, the creation of his show and his thoughts on a great deal of subjects. He’s quoted in the final clip as saying, “I’d like to be remembered for being a compassionate human being who happened to be fortunate enough to be born at a time when there was a fabulous thing called television that could allow me to use all the talents that I had been given.”

He described the show’s evolution, which started with Mister Rogers which he produced in Canada for the CBC. He described each aspect of the show including the origin of his trademark sweaters. He described his early years in television working as a floor manager for NBC on such shows as NBC Opera Theatre, The Kate Smith Hour, and The Gabby Hayes Show. He detailed his move into public television in 1953 with his work as the program director for WQED, Pittsburgh. He described his first children’s program The Children’s Corner (1954-61 WQED; 1955-56 NBC), which introduced several puppets later used on Mister Rogers. He talked about the importance of children’s programming and his longevity as a childrens’ show host. 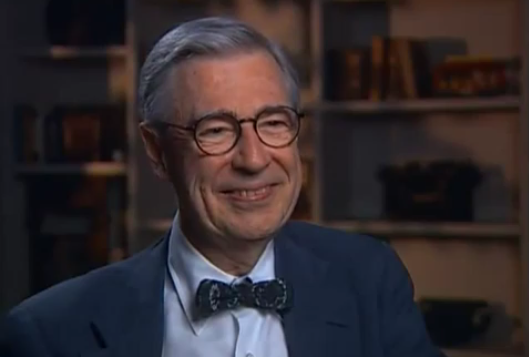 via mental_floss and The Mary Sue