The second episode of the Saturday Night Live animated series Middle-Aged Mutant Ninja Turtles, which was Cut For Time, goes behind the suburban doors where aging terrapins have forsaken their subterranean world of New York City sewers for roomy multi-bedroom homes. What they learn is that things aren’t always as perfect as the shiny facades portray. One has trouble in the bedroom, another desperately misses his daughter who is away at school, and yet another finds that his family has wildly different political views than his own.

In this Cut for Time sketch, the Mutant Ninja Turtles aren’t teenagers anymore in another update of the animated series that shows how the superheroes face problems as middle-aged adults. 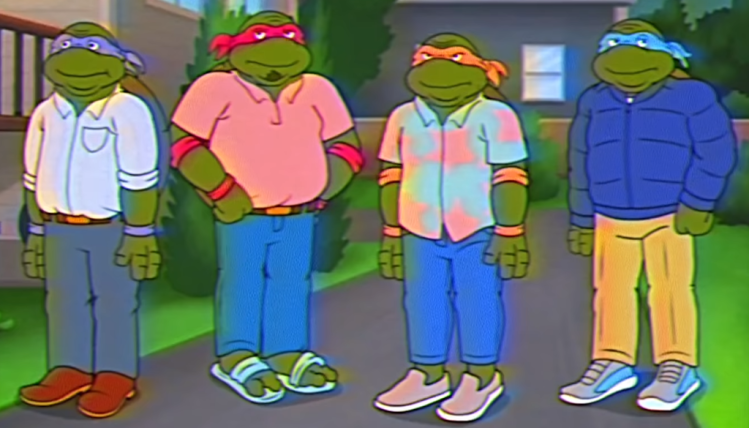