Stuart Wiggins of The China Traveller, who has been living and working in China since 2007, decided that he wanted to visit the village of Atulie’er, which sits on a mountainside in Sichuan’s Liangshan Yi Autonomous Prefecture. Visiting sounds easier than it actually is to do. The residents of the village have to climb an incredibly steep steel ladder of 2,556 steps (800 meters) up the mountain in order to get there. Wiggins attempted to climb the same ladder but had great difficulty getting even to the halfway point. Going down was even harder.

I went in search of Atulie’er village, a village situated on the edge of a cliff in Sichuan’s Liangshan Yi Autonomous Prefecture. However, the only way to get there is to climb an insanely steep mountain ladder made from metal scaffolding. …On my climb, I bumped into people carrying washing, crates of soft drinks, and even a BED! That’s an 800-meter journey upwards, along scaffolding, in order to deliver a bed!… I’m not going to lie. It was tough!

Wiggins also notes that many of the villagers have since been relocated to the Nanping Community at the bottom of the mountain.

Previous inhabitants of the village have now mostly relocated to a newly built community, and now the village is mainly a place visited by tourists. 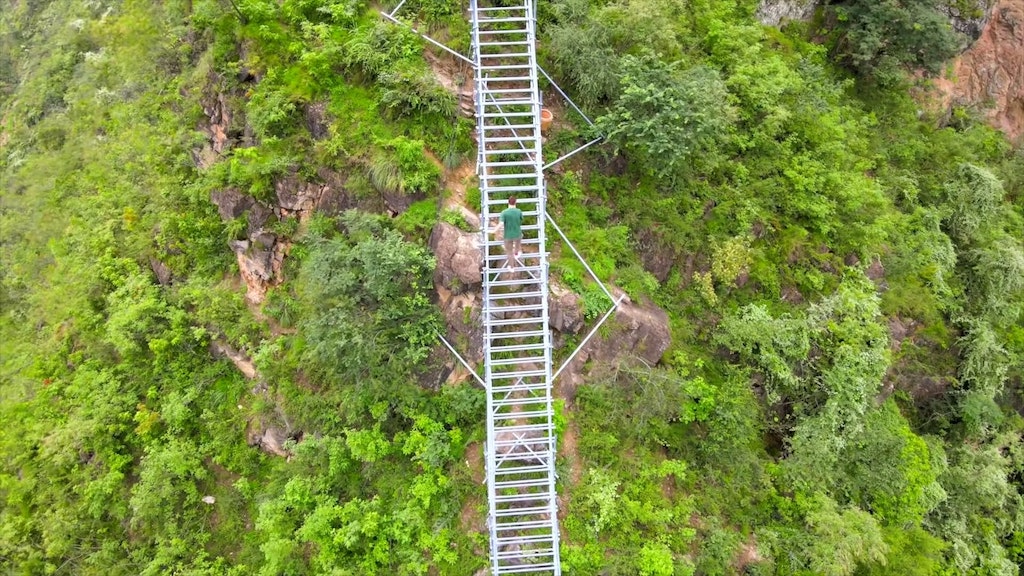 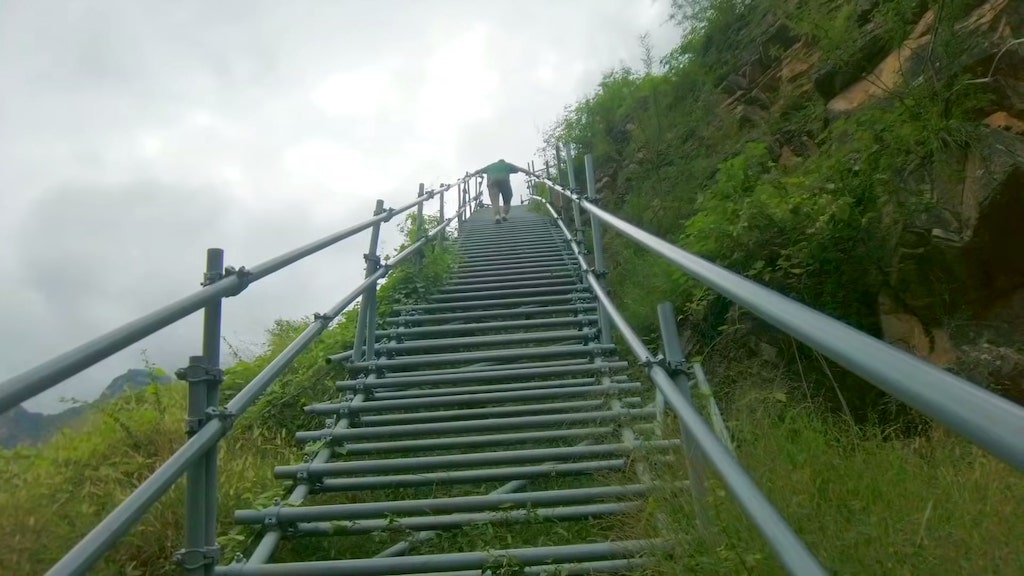