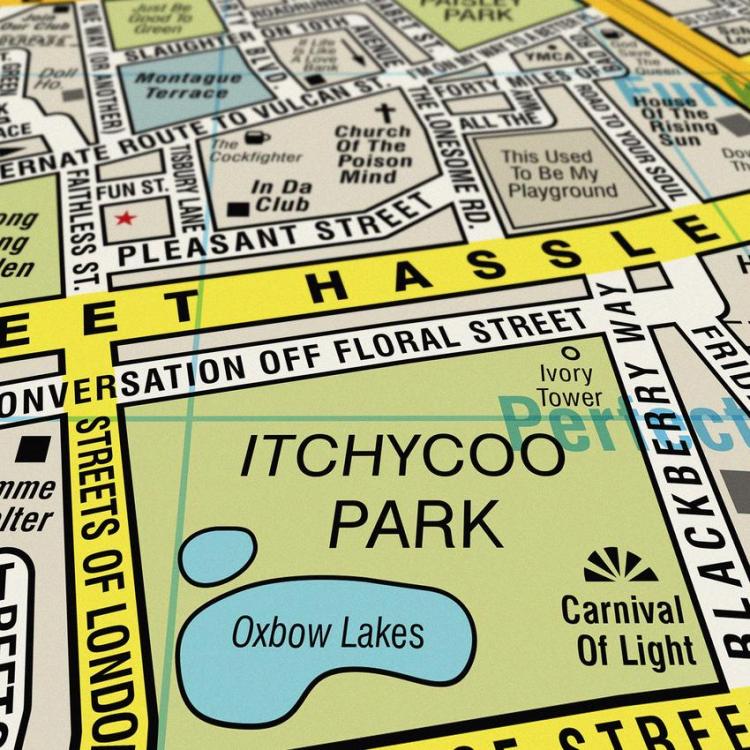 In 2012, we wrote about the “Song Map”, a whimsical road map by British design group Dorothy, that reimagined all roads and locations with names taken from song titles (e. g. “Highway to Hell” and “Heartbreak Hotel”). Since that time, the designers have updated the map to include 150 new songs that have come out over the past six years.

We’ve just launched a NEW edition of our Song Map litho print. The print is loosely based on a street map of London and has been created entirely from the titles of songs from the history of popular music. …Updated and refreshed for 2018 with the addition of 150 new song titles including One for the Road by Arctic Monkeys, Pedestrian at Best by Courtney Barnett and the classic Autobahn by Kraftwerk. 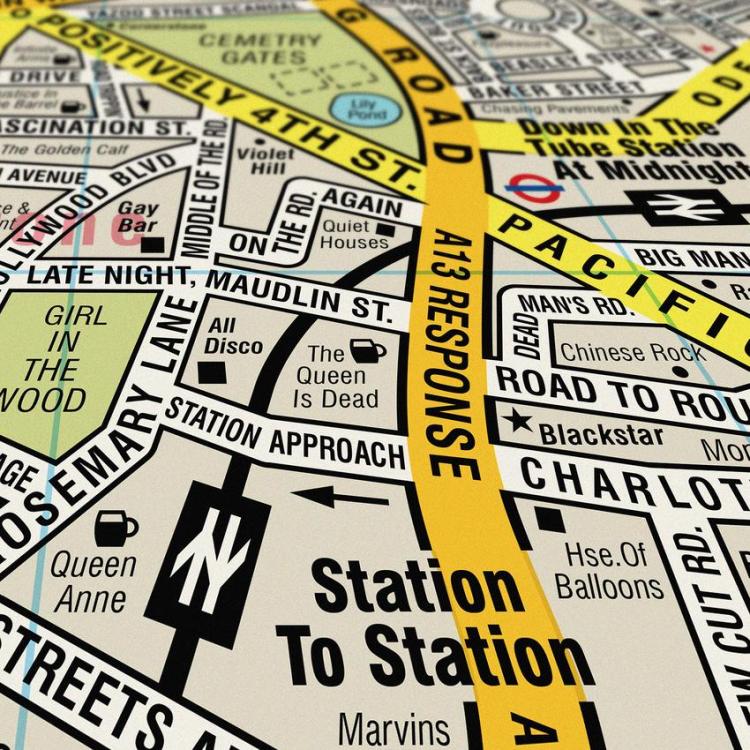 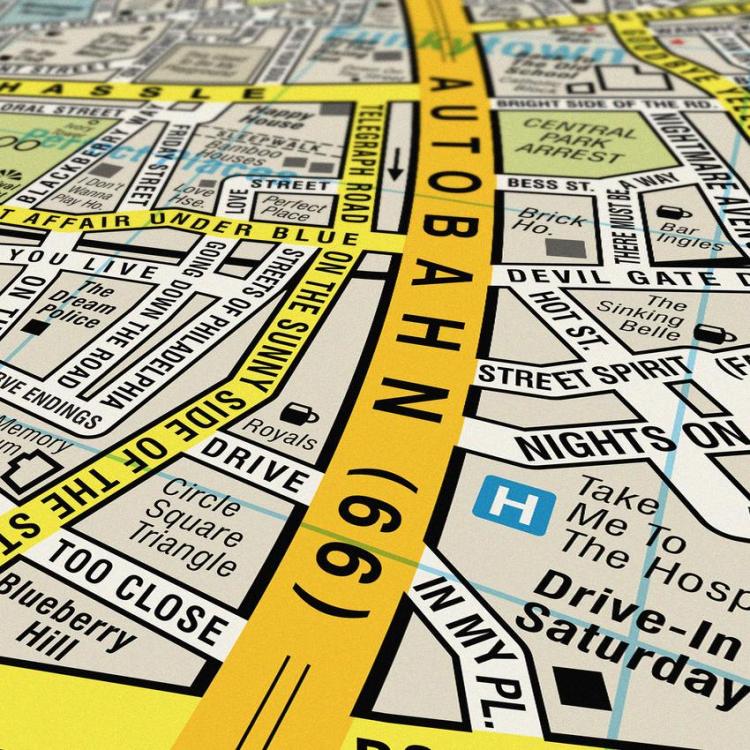 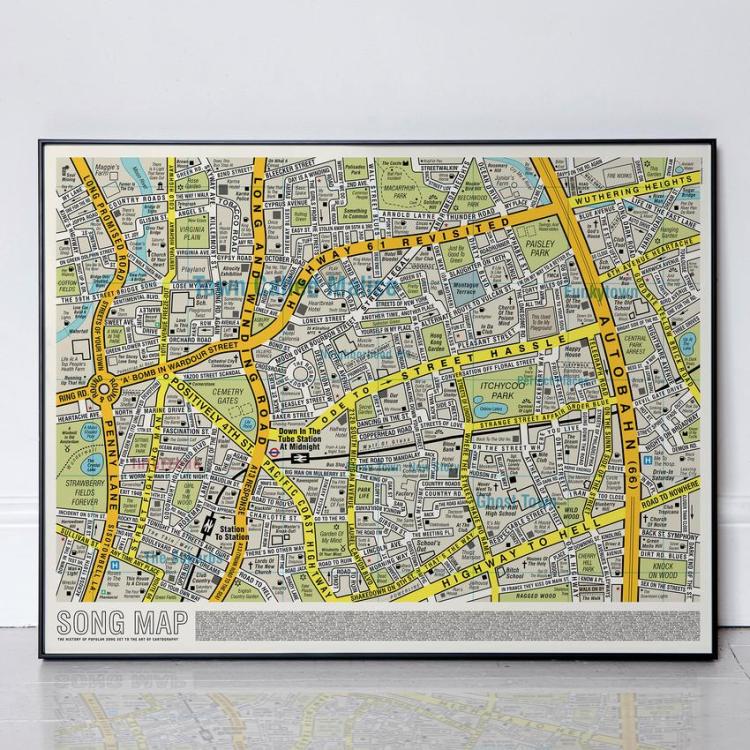