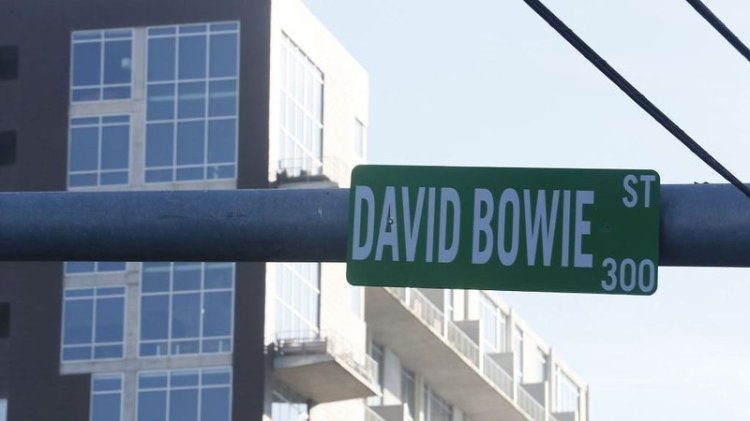 Two days after the news of David Bowie’s untimely death, local fans added the name “David” onto the Bowie Street sign in Austin, Texas as a heartfelt tribute to the musician. Austin musician Christiane Swenson is seeking to make the renaming permanent in honor of the late performer, much in the way (the very alive) Willie Nelson has been honored.

I believe that, in the same vein of Willie Nelson Boulevard, Austin should rename Bowie Street to honor one of the most influential musicians of the last century. While the street’s original namesake is a Texas folk hero who should be honored, Austin’s culture is always growing and shifting, and David Bowie seems to be a much more fitting reflection. City officials have stated that the “David” will be removed by January 19th. The purpose of this petition is to ask the City of Austin to keep the memorial and change Bowie Street to David Bowie Street permanently.

City officials released as statement that the tribute is only temporary and are planning to restore the sign to its original form by January 19, 2016. The original street sign was named in honor of Texas pioneer Jim Bowie , after whose namesake knife David Bowie named himself

The Austin Transportation Department has been notified that someone got creative with the street sign at Bowie and 5th Streets, changing the sign to read “David Bowie” in memory of the musician and pop-culture icon. We appreciate Austin’s reputation as the Live Music Capital of the World and recognize David Bowie for all he did for the music industry and more. To this end, we will leave the sign up until Tuesday, January 19, so our community can enjoy the makeshift memorial a few days longer. At that time we will have to replace it with the real street name sign.

photo by Ricardo B. Brazziell for the American-Statesman