The British Library has digitized all 570 images of original thoughts, illustrations and ideas belonging to Leonardo da Vinci as contained in the Codex Arundel. This wonderful, irreplaceable piece of history has been with housed in the library since 1834. This historical notebook has since been made available online using Turning the Pages 2.0, large scale scanning software created as a collaboration between the library and Microsoft, offering a public peek into the artist’s incredible mind.

Everyone has heard of the Mona Lisa, but less well-known than Leonardo’s painting are his notebooks. They show that he was a designer and scientist way beyond his time. He drew his visions of the aeroplane, the helicopter, the parachute, the submarine and the car. It was more than 300 years before many of his ideas were improved upon. The notebooks are where Leonardo recorded his own ideas as well as existing designs and philosophies for reference. They were never intended for publication. After his death in France on 2 May 1519, Francesco Melzi, his pupil, brought many of his manuscripts and drawings back to Italy. Melzi’s heirs, who had no idea of the importance of the manuscripts, gradually disposed of them. 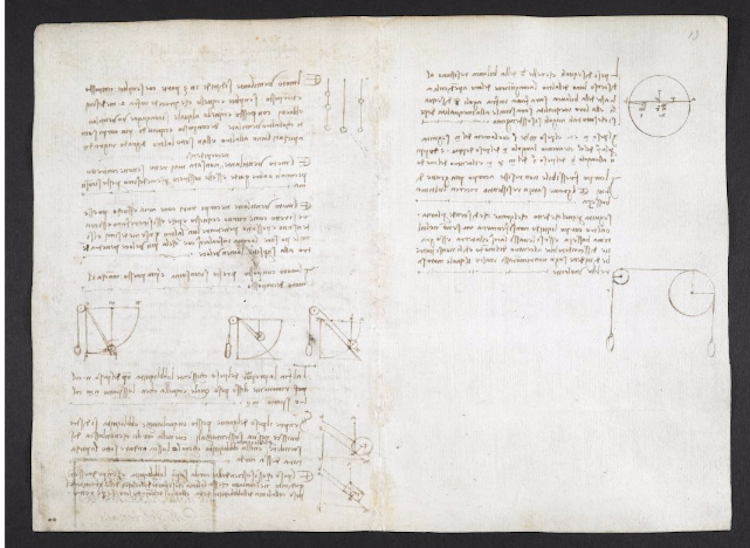 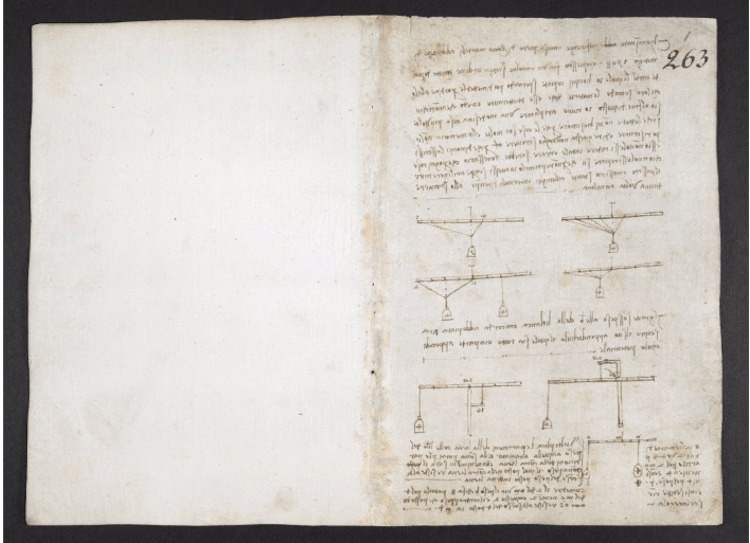 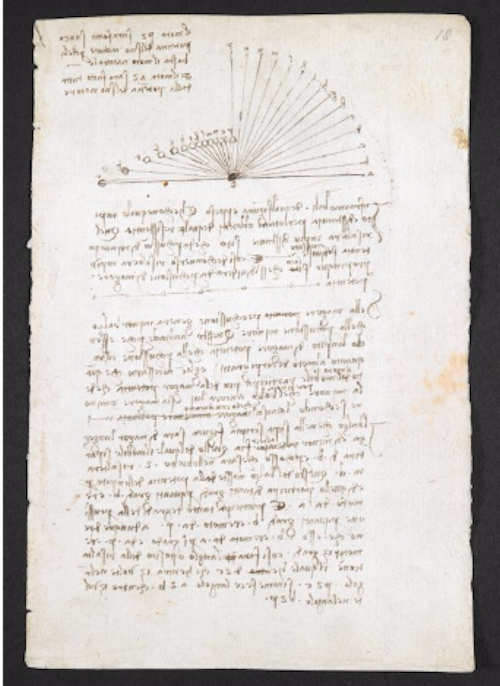