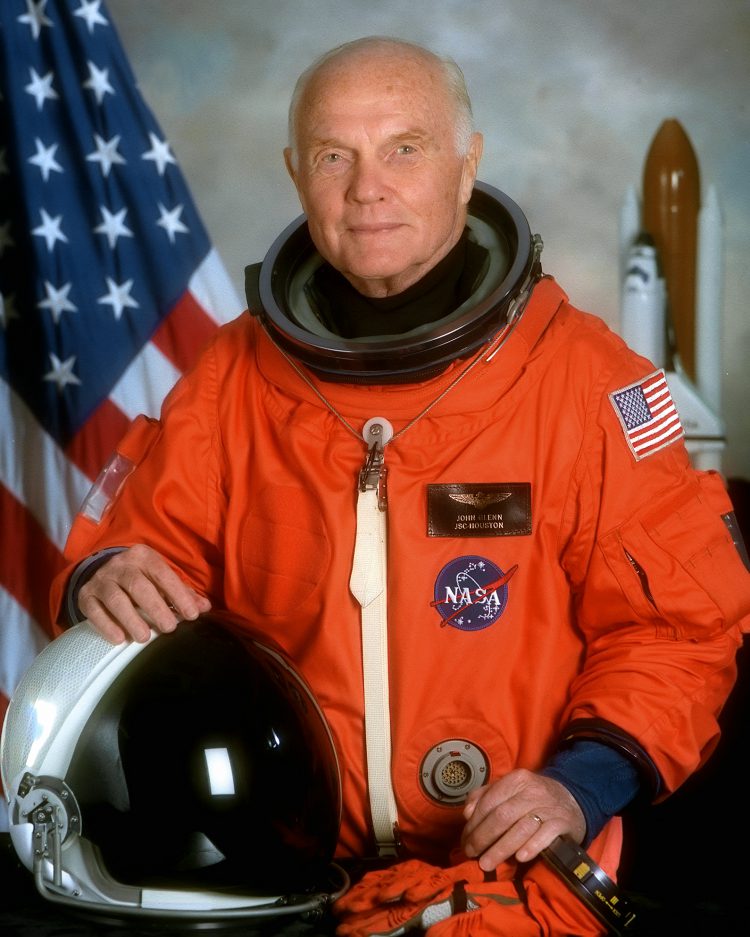 Senator John Glen, the highly honored, pioneering aviator, iconic astronaut and politician sadly passed away on December 8, 2016 after being hospitalized at the James Cancer Center at Ohio State University. He was 95 years old. Throughout his varied career, Senator Glenn, a former marine, was first at a great many things – First to fly the Project Mercury space capsule, the first American to orbit the Earth, the oldest person to fly a space mission and the oldest living former Senator. He was also married to Annie, the love of his life, for 73 years. Ohio governor John Kasich announced the Senator’s death via Twitter.

We are saddened by the loss of Sen. John Glenn, the first American to orbit Earth. A true American hero. Godspeed, John Glenn. Ad astra. pic.twitter.com/89idi9r1NB

A sweet thing: The late astronaut and senator John Glenn and his wife Annie were married for *73 years*. Condolences, Annie. pic.twitter.com/KbTykwcIP6

A great American, a life of service, an inspiration to us all. Goodbye, John Glenn. Godspeed. pic.twitter.com/duCA8qPYER

RIP Senator Glenn. May you forever find freedom in the skies.