3D animator Jared Owen (previously) created a wonderfully informative tour inside of the Statue of Liberty.

To get to the inside of the statue, we’ll enter from here. These doors are called the Centennial Doors… There are 192 steps to the top of the pedestal. Inside here, you can see the stairs to go up and the stairs to climb back down on the other side. There are seven floors inside the pedestal. At Level 3P, you can go outside and view the surrounding areas, and at Level 6P is the official Observation Deck. You can go outside either here or here. Once outside, you’ll get a good 360-degree view of anywhere in the harbor.

In addition, Owen mentions that the Statue of Liberty was once known by another name.

The statue’s official name is Liberty Enlightening the World, but today it’s known as the Statue of Liberty. It was a gift to the United States from the people of France in the year 1886.

Owen also went over the location of the statue, its history, how it was constructed, and the manner by which it was sent to the United States from France.

The final version was made out of sheets of copper… By themselves, these pieces would never be able to hold their own weight. It needs a supporting structure, and this was designed by Gustave Eiffel. …This was all first built in Paris, France, and it took almost 10 years to build. Then, once completed, it was taken apart into 350 different pieces. All of this was shipped across the ocean to the United States.

Owen also points out the statue’s sheer size, its unusual color, and points out a feature of the statue that is often overlooked or not even seen. 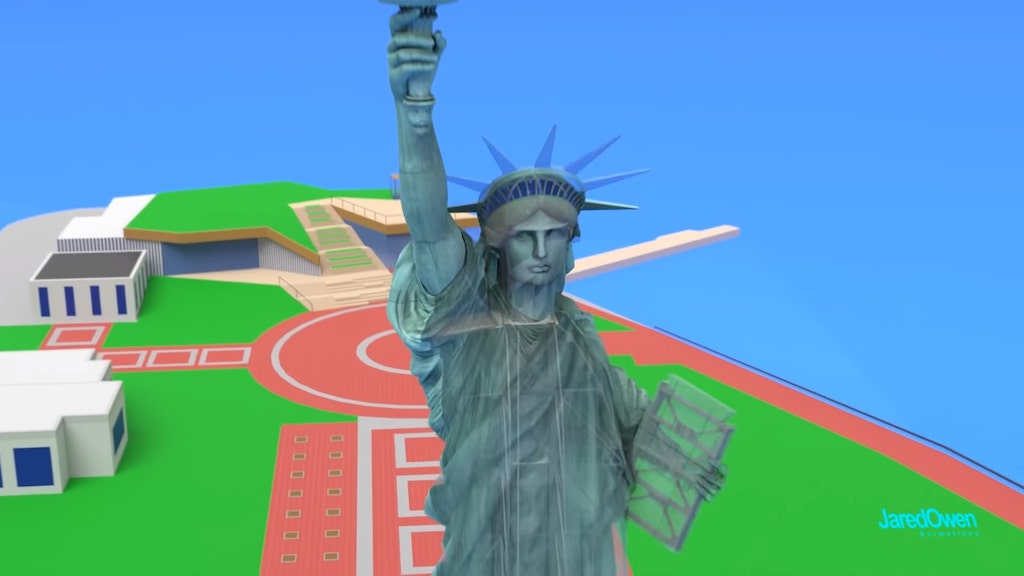