An informative video by the New York Historical Society and NYC Media explains how the Statue of Liberty was at first a beautifully rich and shiny copper color reflective of the material used to forge the iconic Lady Libertas in the late 19th century. That warm brown color was still apparent when she was dedicated to the United States in 1868 but after many centuries of New York Harbor weather, oxidation set in, which caused her copper base to develop a protective bluish-green patina – the distinctive color we all know and love to this day.

The Statue of Liberty was erected in 1886. It was brown because of course it was made of copper and copper turns green only gradually. We know it was green by 1920. But before the age of color photography its hard to be exact about colors. By 1910, it was half brown
and half green. 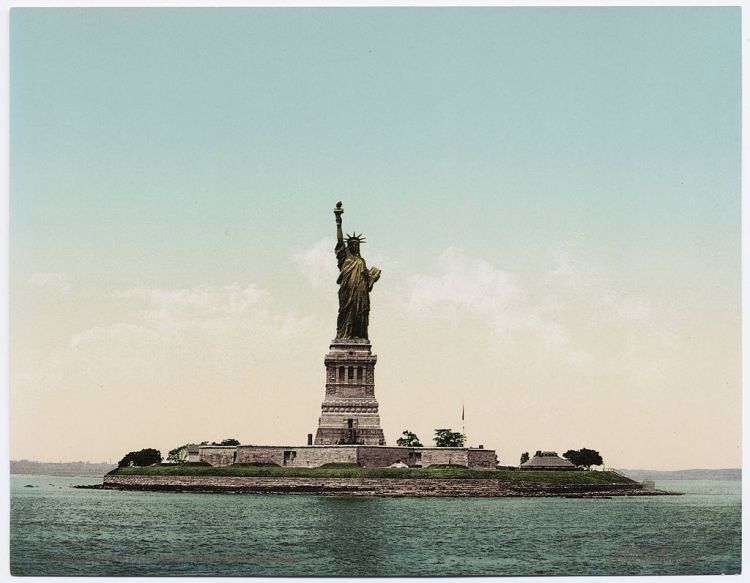 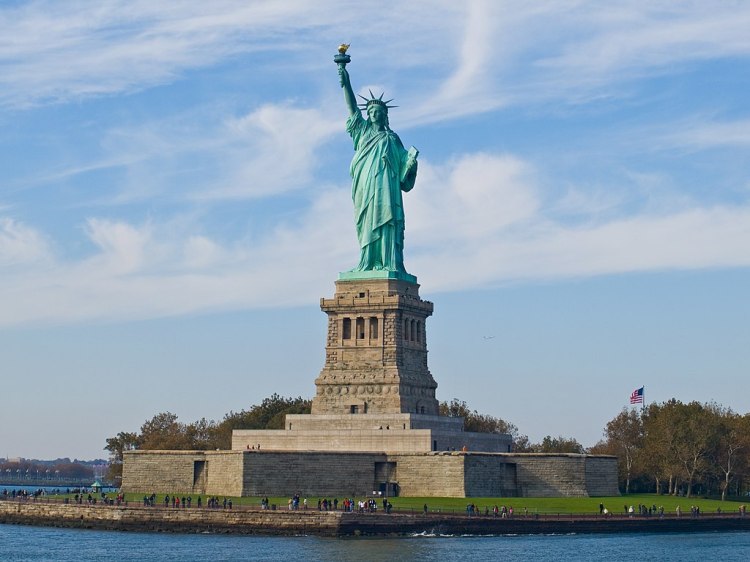