Charlie Todd and the NYC comedy collective Improv Everywhere (previously) collaborated with the Museum of the City of New York to create a wonderful interactive mission for unsuspecting pedestrians near the Grand Army Plaza in Central Park. Whomever stood upon a yellow circle that clearly stated “Stand Here For Dance Party” found themselves surrounded by 100 vaccination people dancing around them to music playing from a vintage boombox.

We placed a decal (designed in the style of the ubiquitous social distancing circles) that read “stand here for dance party” on the ground in Grand Army Plaza in Manhattan. When unsuspecting New Yorkers and tourists followed instructions and stood on the decal, they soon found themselves surrounded by a 100-person dance party featuring a professional b-boy dance crew and a vintage 1980s boombox.

Todd and crew were very happy to once again be able to do something social after having to resort to staging the Most Socially Distanced Office in 2020 due to COVID-19.

As a group that specializes in large-scale surprise moments in public spaces, often involving large groups of people, the past 16 months have been rough…This summer things are finally starting to turn a corner in New York, with very high vaccination rates and very low COVID rates. When we had an opportunity to do a music-themed project with the Museum of the City of New York, we knew it was time to do something big again. 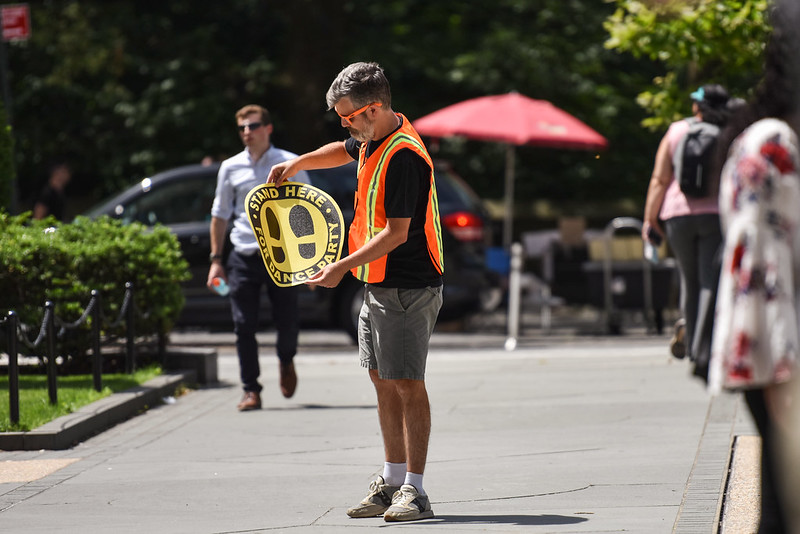 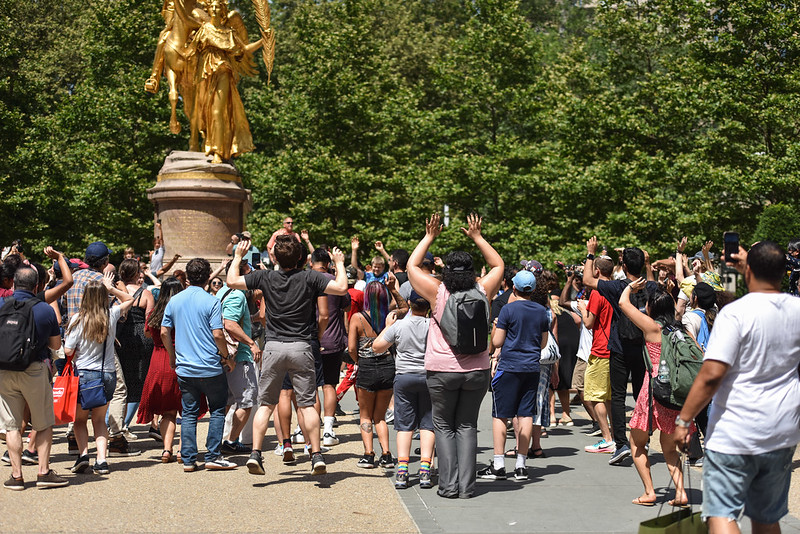 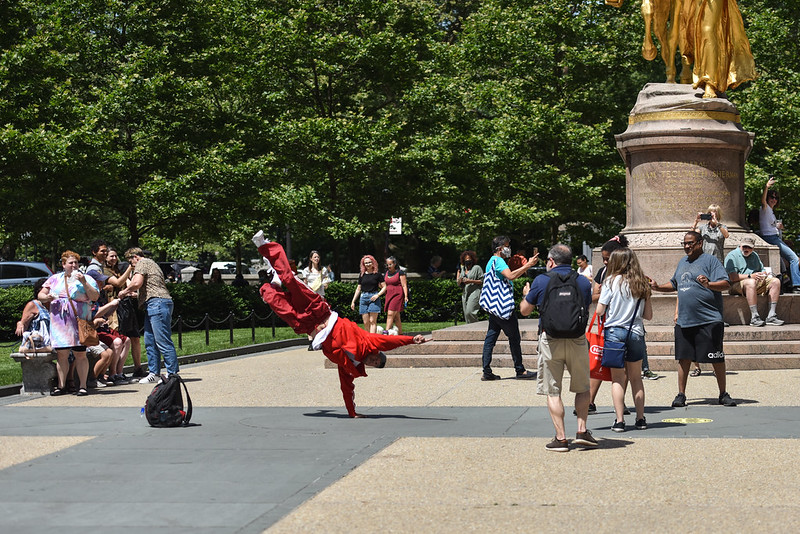 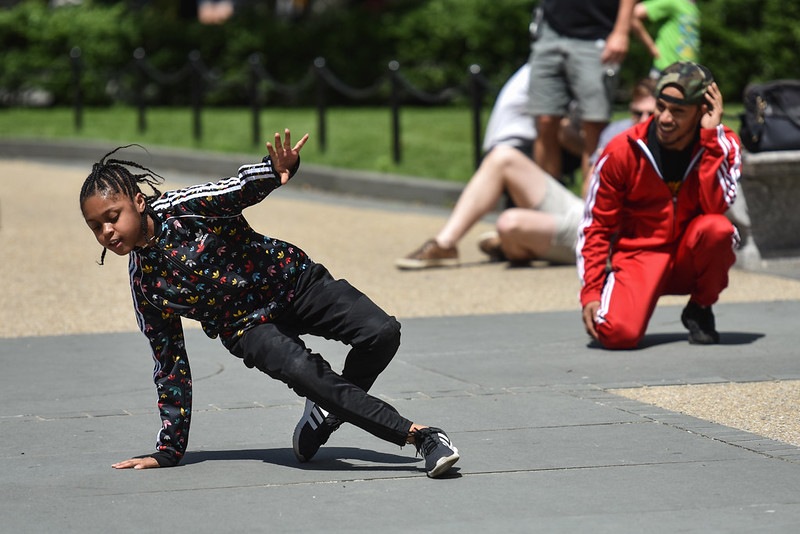 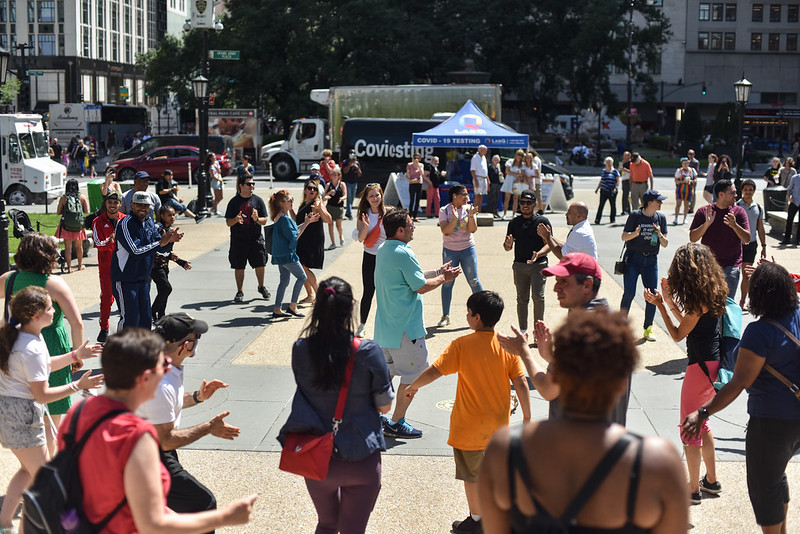 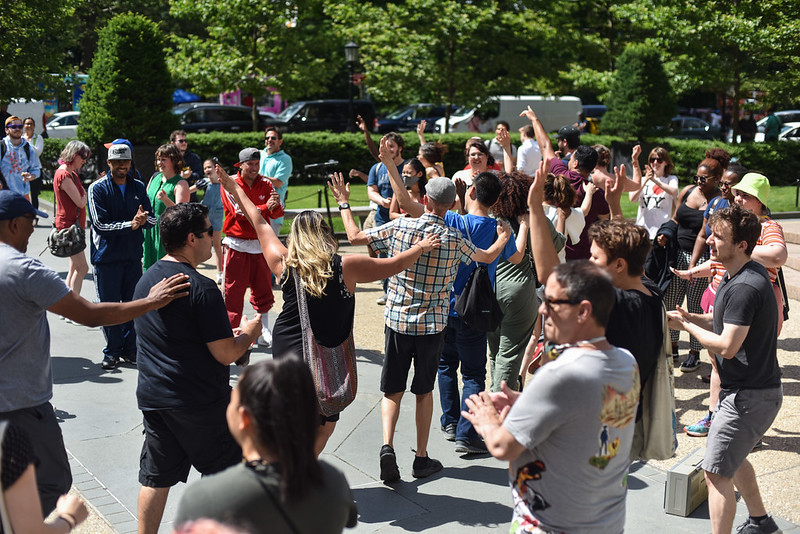 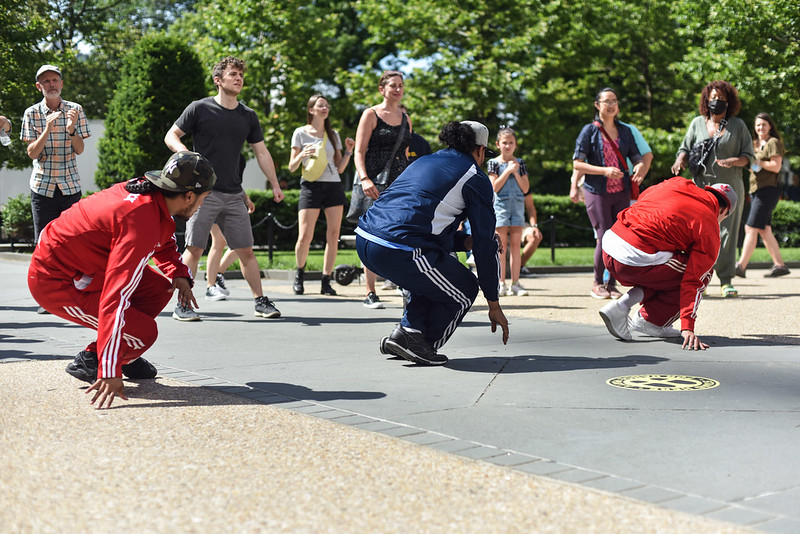