Priceonomics, an online data gathering service, has put together some great information, culminated from various sites, to explore how alcohol is consumed around the world.

From happy hours to boozy brunches, people the world over like to unwind over a drink (or three). But the alcoholic beverage of choice that people drink varies by country…The top alcohol consumers per capita are actually found in Moldova, the small Eastern European republic east of Romania. The Moldovans drink 18 liters of the good stuff every year…Russia drinks the fourth-most per capita, behind Moldova, the Czech Republic, and Hungary. Overall, it looks like Europe is throbbing with alcohol lovers, while North Africa and the Middle East are relative teetotalers.

As they began analyzing more specific alcohols (beer, wine, whiskey), results were both expected and unexpected, particularly in the whiskey category where the highest number of whiskey drinkers per capita were found in France rather than the assumed United States. 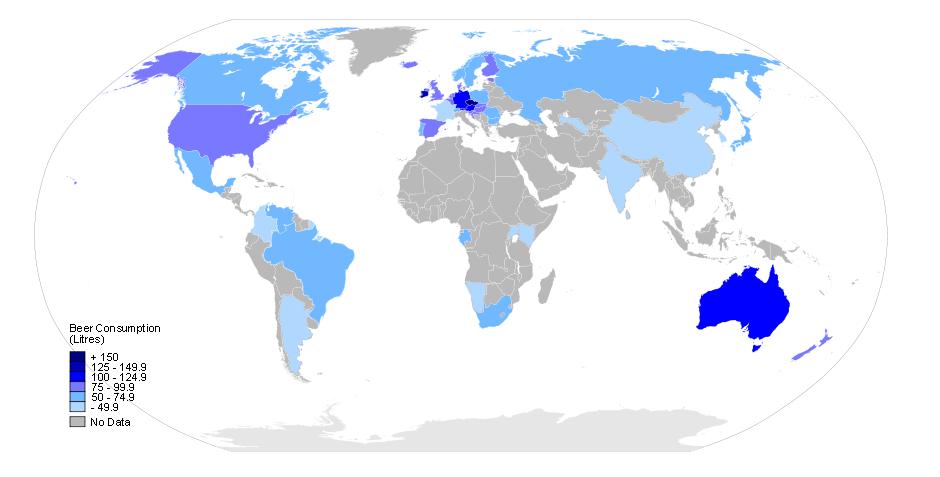 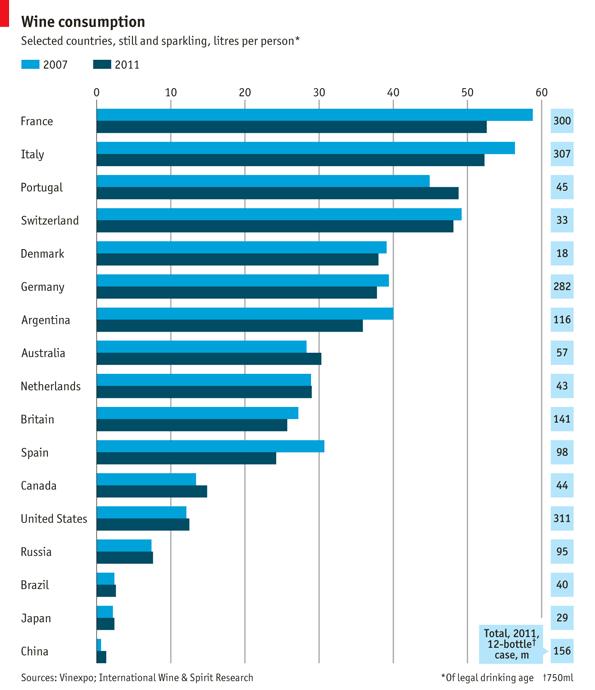 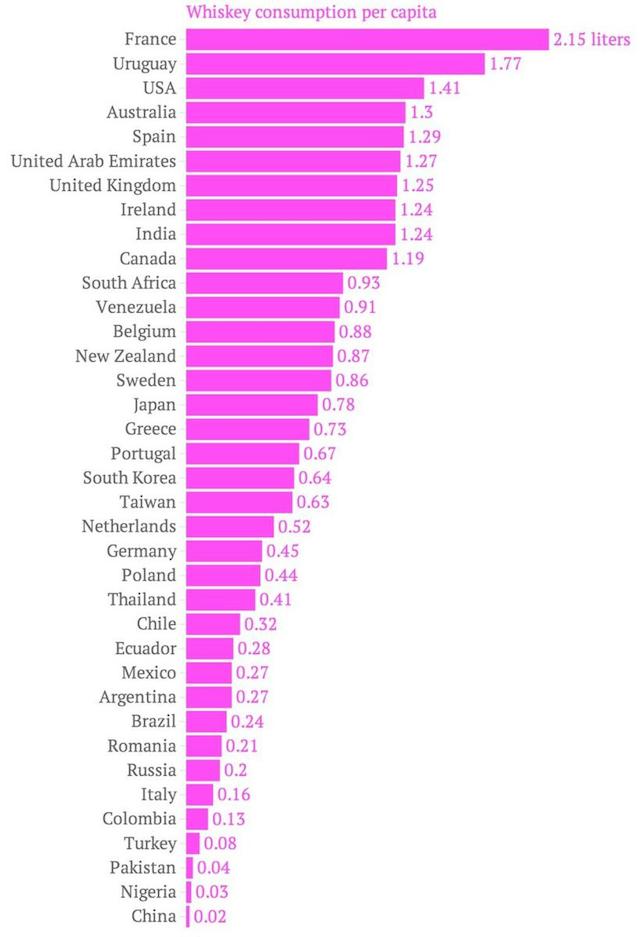 The Priceonomics blog post has more detailed analysis around these charts.