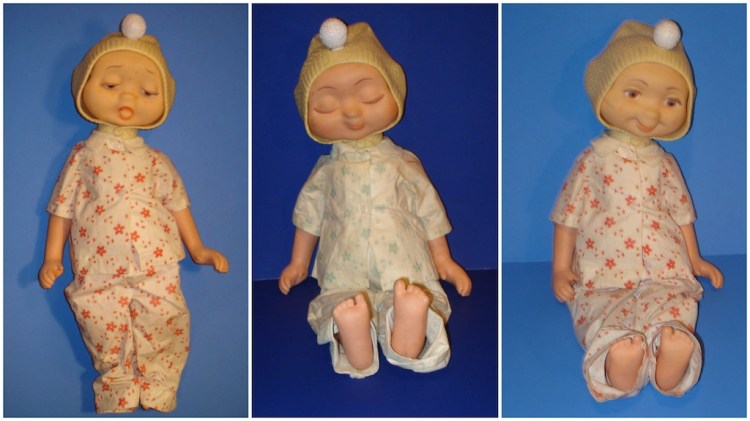 In 1960 American Character Doll Collection released the Hedda Get Bedda doll. This doll had three faces – sick with chickenpox face, a sleeping face, and a wide-awake happy face. The doll was used to keep children company when they were down with the virus.

American Character Whimsies doll from 1961, only one made with three different faces. Hedda’s three faces include sick with chicken pox, sleeping, and them smiling and all better (or bedda!) Turn knob on top of her vinyl nightcap