The Man Engine, an incredible mechanical puppet dressed as a miner has started its 130-mile journey across south west England on July 25, 2016, making its way from Tavistock, Devon to Cornwall on August 6, 2016. The giant miner was built in celebration of the tenth anniversary in which the Cornwall and West Devon mining landscape was designated a Unesco World Heritage Site. The mechanical giant initially stands at 4.5-meters, but can reach a height of over 10-meters if “enough people sing” an encouraging song.

The largest mechanical puppet every constructed in Britain can only Transform to his full 10m height if… enough people SING! …The Man Engine project celebrates the ‘Tinth’ anniversary of our World Heritage status as well as the successes and the struggles of the real people whose lives shaped the Cornish Mining Story. At a secret (ex-mining) location in Cornwall we are now engineering the largest mechanical puppet ever to be built in Britain: a colossal metal Cornish Miner, part man, part machine. When he crawls down the road, the height of the Man Engine is 4.5m (about the same as a double-decker bus) but when he ‘transforms’ he will stand at over 10m tall (two-and-a-half double-deckers!) 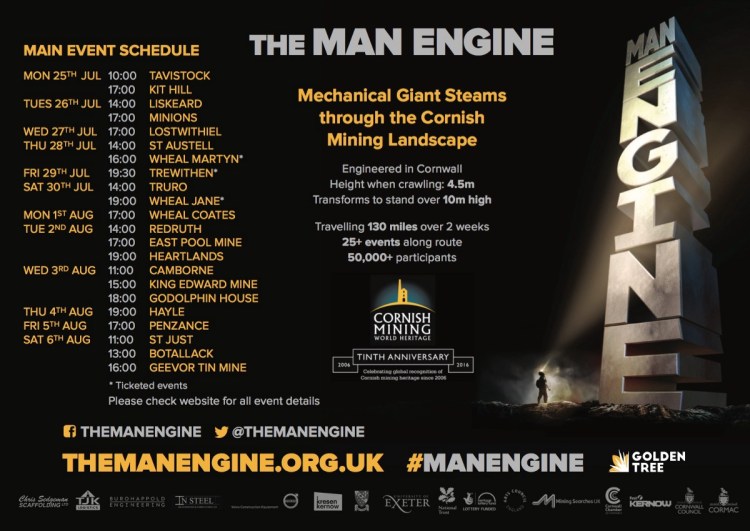 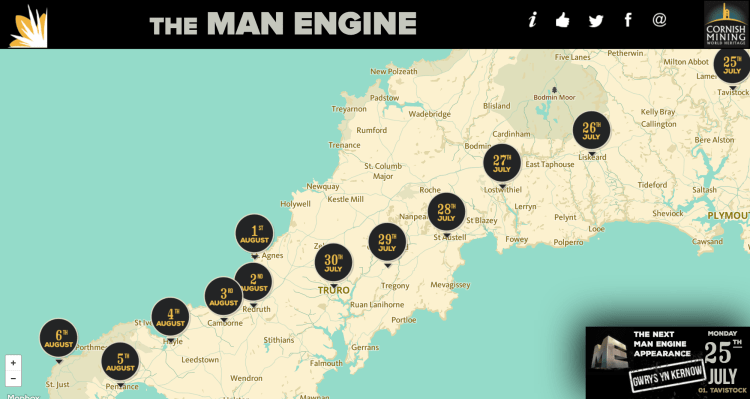 Behold @TheManEngine – a colossal metal miner on a pilgrimage across Cornwall.https://t.co/fhivtmNeJU

images via The Man Engine