Ruuxa the baby cheetah and Raina the Rhodesian ridgeback puppy meet for the very first time, clumsily climbing all over each other, biting each other and cementing their lifelong friendship through the San Diego Zoo’s Ambassador program in this adorable video posted by the San Diego Zoo.

A 6-week-old cheetah cub at the San Diego Zoo Safari Park is spending lots of time with his new dog companion. The young cheetah, Ruuxa, was chosen to be raised as an animal ambassador at the Safari Park after he was rejected by his mother and had to be hand raised by keepers…Safari Park cheetahs selected for training as ambassadors are paired early in life with a domestic dog. As the two companions grow up together, the dog’s body language will communicate to the cheetah that there’s nothing to fear in new or public surroundings, which relaxes and calms the cheetah. The Safari Park currently has four cheetah ambassadors all of which are trained to participate in the Park’s Cheetah Run experience. 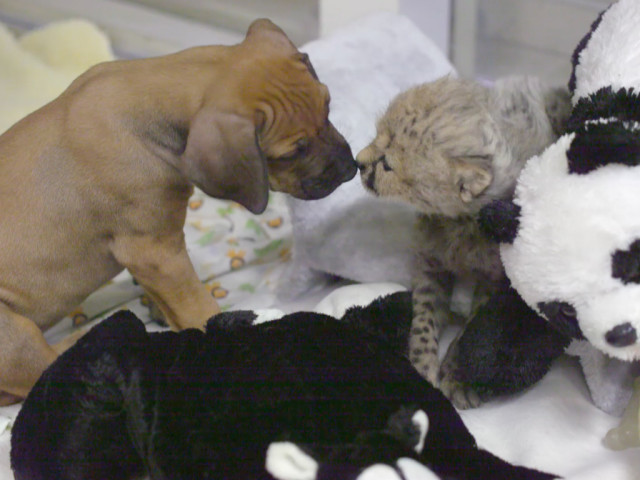 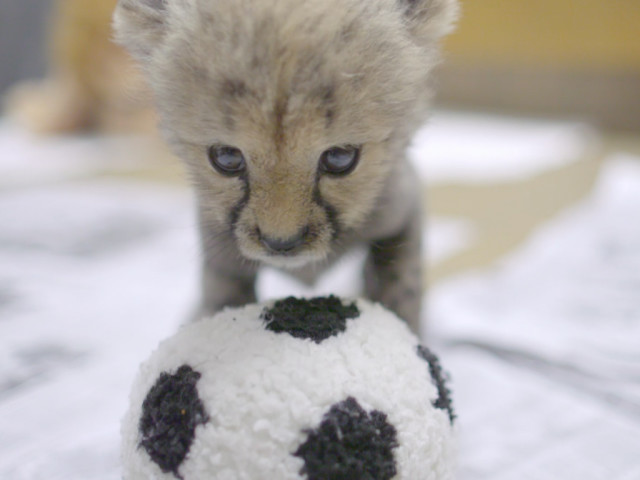 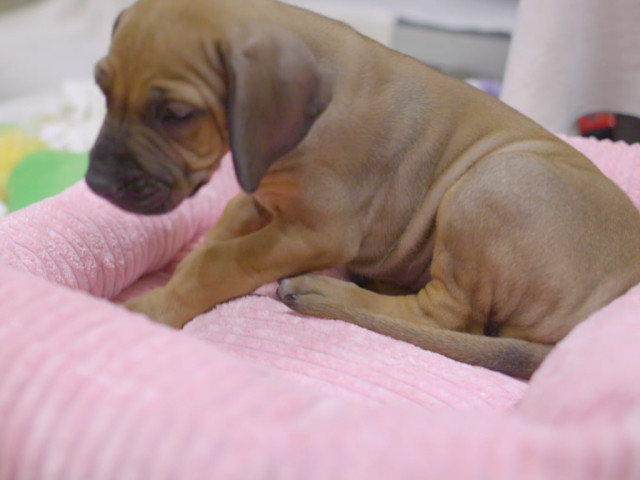