Location-based social networking company Foursquare has officially launched their updated Foursquare app that focuses on personalized recommendations. The update comes after Foursquare’s decision to “unbundle” their features into two distinct apps — one focused on recommendations and the other on checking into locations and connecting with friends. The company previously launched Swarm, their app focused on connecting with friends, in May. TechCrunch recently interviewed Foursquare’s VP of Product Experience Jon Steinback about the decision to split the two up.

“We saw two common use cases in the old foursquare app that are best encapsulated in the night of a New Yorker,” said Steinback. “For dinner, you look for a place that matches your taste, and afterwards you look for a bar where your friends are. In less than two percent of app opens did we see those two behaviors overlap. No one was saying, ‘I’m in the mood for chili, I wonder which of my friends are getting chili right now.’”

Foursquare is currently available on Android and iOS. 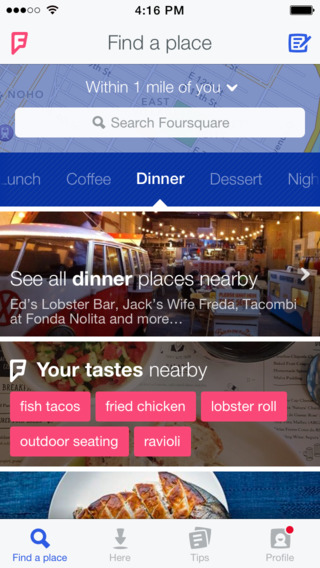 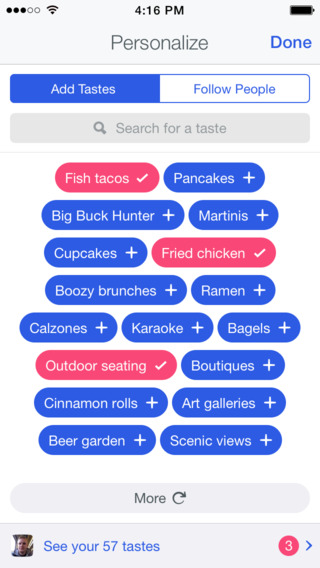 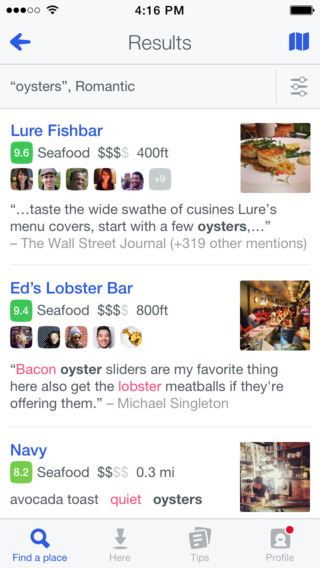 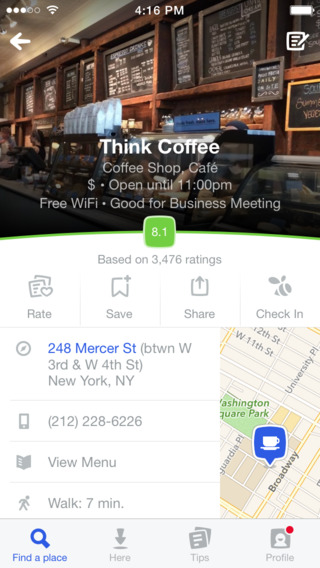